How do I find the right Stack Exchange site to post on?

I'm new to Stack Exchange and I have a question to ask. I arrived at the main homepage and couldn't see any list of sub-sites, just a list of random questions.

Then I noticed a button saying "Learn more", which took me to a page called "Tour", at the bottom of which was another button saying "See all sites". I clicked on this, not sure what to expect, and found what appeared to be a "list" of all the different sub-sites, though no page title was given, so this is a guess.

My question concerns computer software, so I clicked "Technology", but there's still about 100 different sites.

Presumably, users can't reasonably be expected to read through all 100 site titles? Especially since:

So, my question is, how is anyone (particularly new users) reasonably expected to find the correct sub-site to post their question in?

Go to the help center of a site that looks relevant and read What topics can I ask about here?.

It would also be worthwhile browsing some relevant tags to see what type of questions are being posted and which are receiving upvotes and answers and which are not. This will also give you a feel to what is expected on the site. 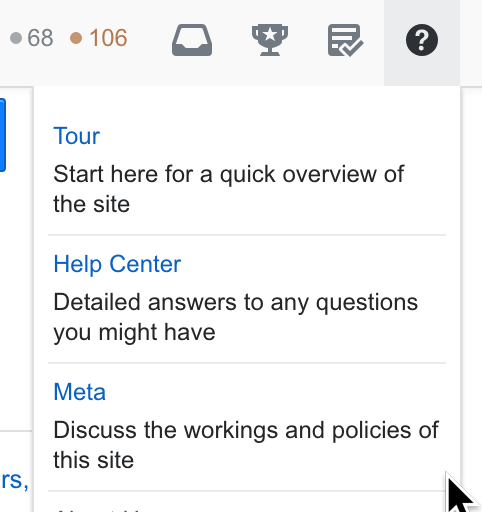 You're over half way there. You've read the tour and now you're asking what to do.

It seems, in between the situation has improved: from the bottom of each page here on the site, you get by two clicks to a list of all sites, which now has the kind of layout you asked for:

The "grid arrangement" of all sites is still available, but I share your critics - this is barely useful to find a specific site when you have a topic in mind and don't know which SE site could be a match for it.

Especially for computer science / programming related questions, one can also use this meta post as an orientation guide, which may be found through the SE FAQ - but I admit, that may not be the most obvious thing to find for newbies.

Not the answer you're looking for? Browse other questions tagged discussion support asking-questions site-recommendation user-experience .