Statistics for new questions vs closes

Is there anyway to get statistics for new questions asked and close votes for any time period, in any increment e.g accumulative, or by week, month.

I think it would be interesting to see

Additionally, It would also be nice to see if the new COC, or the be nice push is having an impact. If more people are asking questions these days, or if there are just more questions that need to be closed.

Does any Jedi know how to query for this, or has it been done or asked before?

Updated to include date pre 2014

OK, this was a learning curve... However, using the below Query I was able to tease-out (what I guess) I was looking for.

So, for some reason the data before the July 2014 is sufficiently different, in turn I excluded them from the results. Maybe someone knows about what happened with pre 2014 data.

The results are based on the following 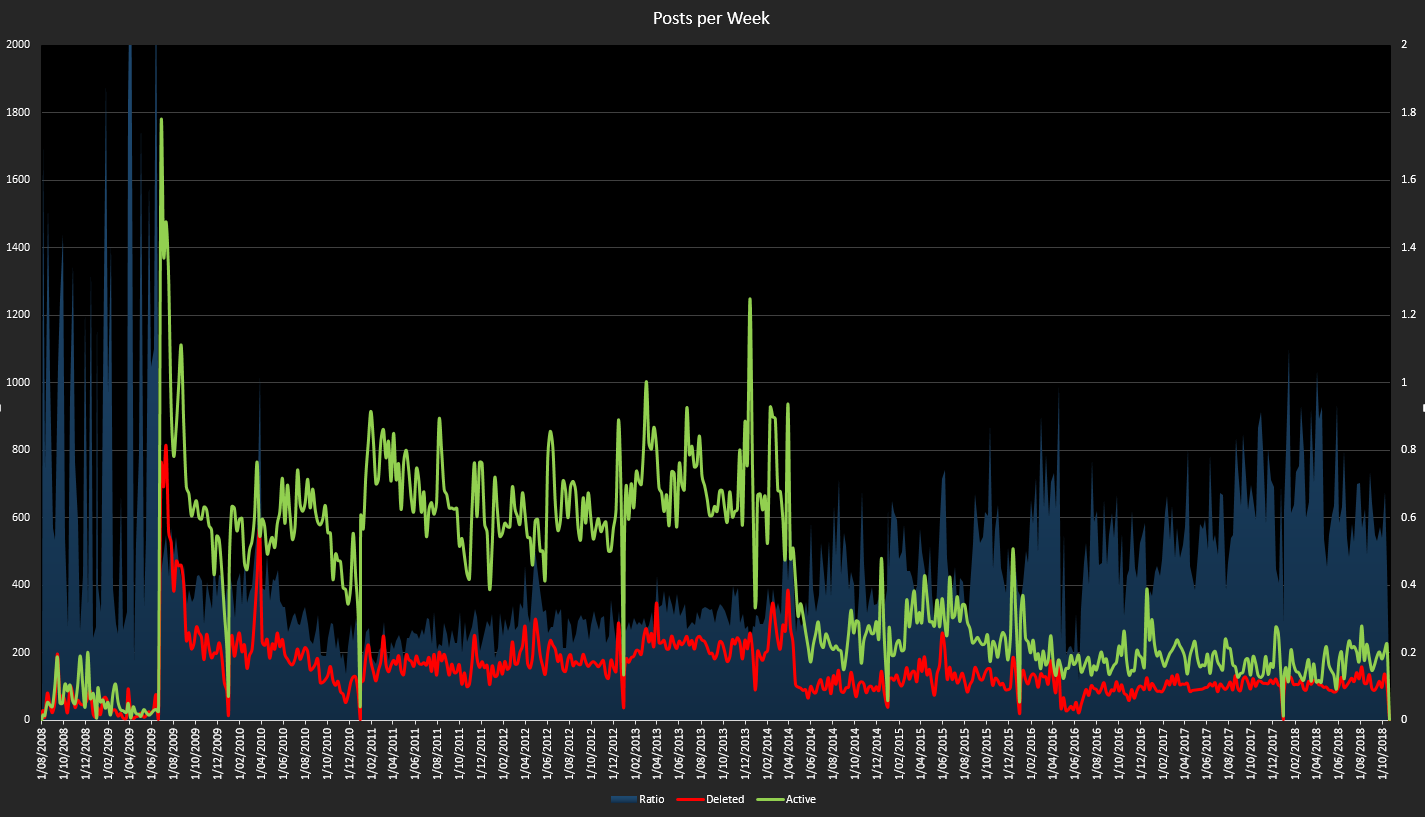 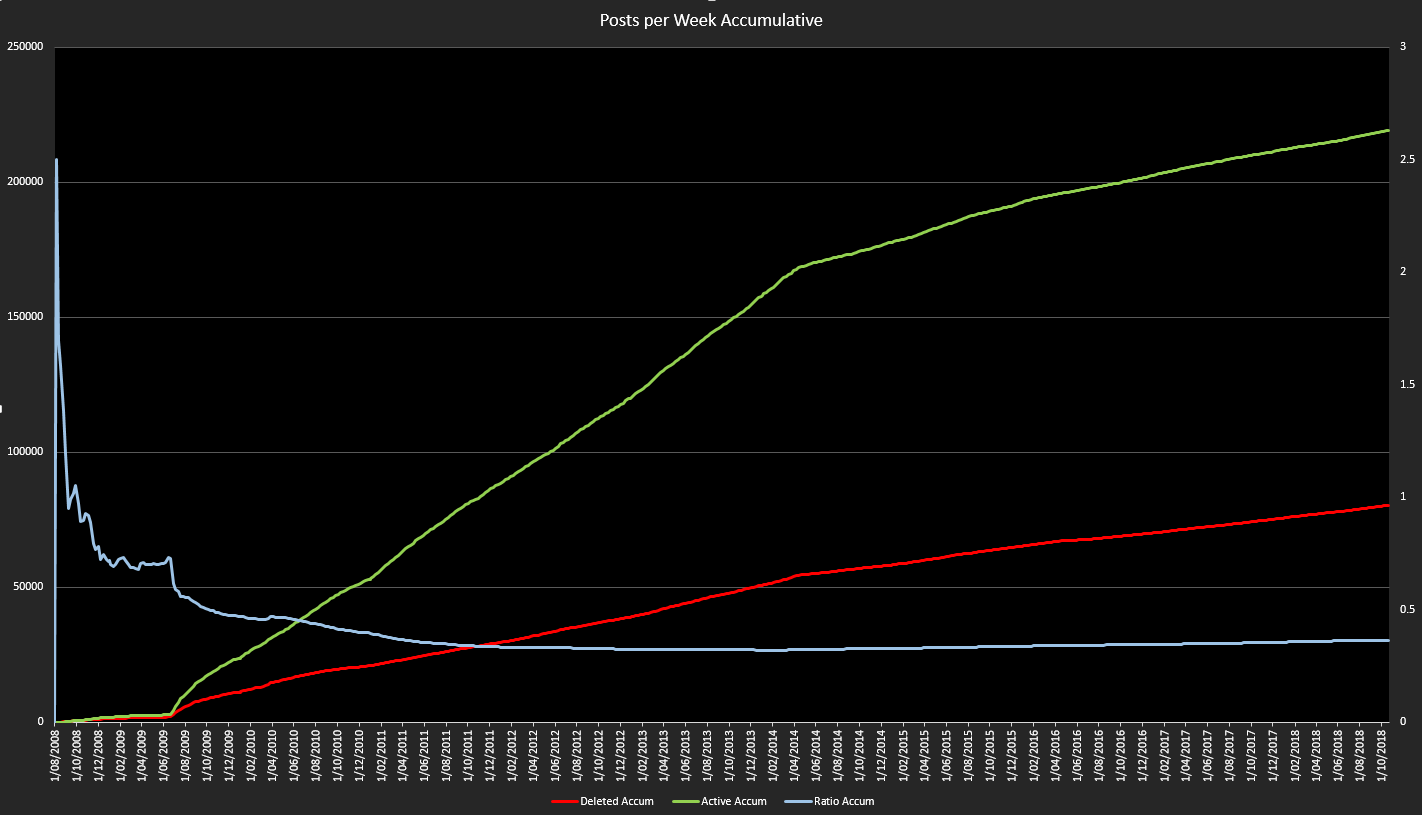 Assuming I am counting the right fields in the right way, I was surprised by the results.

But the elephant in the room is, I thought there would be more and more posts as time goes on, this is not that case. Does it mean SO is dying? I don't think so, I think as a knowledge base its doing exactly what it was designed to do. however those statistics would be found else where.

In summary, this was actually a pointless exercise, I have learnt absolutely nothing and I want my 2 hours back!

37
Voting history statistics request
87
Why is the quality of PHP questions, on Stack Overflow, in decline?
28
Homework statistics
103
Why is it important for corporate SO to maintain a fast new user growth rate?
50
Data science time! December 2018 and answer voting
38
Why is the rate of positively scoring questions and answers steadily declining?