Can a mod take a second look at my flag? [closed]

I flagged this question with the message:

This question should clearly be closed (either Too Broad, or looking for software recommendation), however I can't flag it due to the open bounty. Per this meta question, I am flagging it for moderator attention.

However, it was declined with the message:

please use the standard close reasons to close questions, rather than the 'requires moderator attention' flags

I suspect this is just a case of moving too quickly, but I'd like a mod to take a second look.

Also, how can I improve my custom message to help avoid this issue?

I declined the flag. I missed the bounty part. I'm sorry, it was my fault.

The only improvement to the flag would be "This post has a bounty ..." In reality there was nothing wrong with the flag it was still me not paying attention. 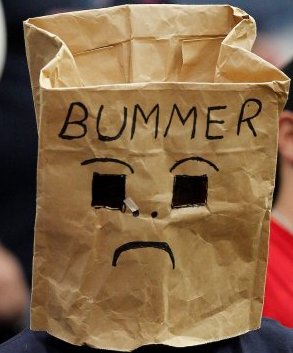 To address the comment and give some more info:

Do moderators get the same sort of "are you paying attention?" tests that high-rep users are sometimes forced to go through for review actions? It seems to me that the moderation mistakes explicitly called out would indicate many more grudgingly slide. Moderators obviously aren't infallible, but I haven't seen action to avoid mistakes apart from "try better". An option to challenge declined flags with text-box could get it a second careful look. It would also work for "standard close reasons" incorrectly declined (part of the reason custom moderation is used in the first place). Not sure what some of the emphasis is for

Mods do not have flag handling audits, we are audited by other mods and the community team privately. We are also called out publicly on meta (sometimes in comments on the site). It would be difficult to infer how many mistakes are "missed", as some people don't like declined flags and tend to be vocal about it, then there's other people who probably don't watch (or even know) if their flags are declined.

In the past 30 days the mods have handled 77.7k flags. 234.5k flags in the last 3 months. Anything to slow down that process would make flag handling untenable. In fact some mods and members of the community team write user scripts to make flag handling easier.

I made this particular mistake when I was trying to make a dent in the queue the other day, as we had a lot of unhandled flags waiting in the queue. I handled hundreds (500? at a guess) of flags in the one day. That's where these types of mistakes are more likely to happen. This isn't an excuse, explains what happened. Again, sorry this happened.

85
How can I close a question that has an active bounty?
83
Could high-rep users help with clearing comment flags?
-21
Close reason: Unclear to whom?

85
How can I close a question that has an active bounty?
4
Flagged a Bounty Question as Off-Topic, Flag Declined
60
Mod flagged to remove a bounty on an off-topic question, flag declined because it was handled too late
13
Why was this custom flag declined when there is no VLQ option?
29
Custom mod flag declined on user answering question that they voted to close as off-topic
19
Why was I asked to not use the mod attention flag for migration?