Has the time come for SE to stop adding the first tag to the question page's <title> element?

Years ago Stack Overflow started to include the first tag from the question in the <title> tag. This was done to help with SEO:

Sorry, this is absolutely necessary, otherwise we get demolished by scrapers using our own content in Google ranking.

This is an understandable reasoning at that time.

In 2015 there was a request to have this removed because it impacts usability.

Three years later I'd like to make a new take at this. Should the tag be removed from the page title?

I'm not so sure about this.

In some cases, removing it could be good.

In other cases, removing it could be somewhere between bad and very bad.

All of these are highly specific to the language, yet none of them actually tell you which language they're actually about based on the title alone. ArrayLists, dictionaries and null exist in multiple languages - whether or not people know this, they may be a bit more hesitant to click on such links, and instead just go for the link which has a big "this is about the language you're working in" indicator right there in the title (although maybe it's worth testing this assumption, if this hasn't been done already).

Now of course this isn't a perfect system, especially in the case of less popular tags, where something like list could end up being the primary tag, instead of the language. But removing the tag only indirectly fixes this problem, where a more fundamental change to the tag system might be a better fix.

Also, I'm no SEO specialist, but I'm pretty sure title is still a significant contributor to ranking (even if we ignore the whole people-not-clicking-on-the-link problem mentioned above) - if we drop what's arguably the most important term in a lot of cases from the title, that'll presumably push Stack Overflow further down in the results (at least in cases where it only outranks another result by a narrow margin).

For your specific example, I agree that the tag shouldn't be there, but this is a bit of a special case.

Should we be including the second tag when the first tag appears in the title? Do we include the third one if both of the first two appear? Those are questions worth investigating.

Yes, the time has come to do it. Googles algorithms are more sophisticated now. Google even did an algorithm update to specifically help Stack Overflow defend against scraper sites.

I propose that for a random selection of 1% of questions the tag be removed. A month after that the traffic impact can be statistically analyzed.

It might even help traffic because currently the search results for Stack Overflow look a bit spammy due to the tag: 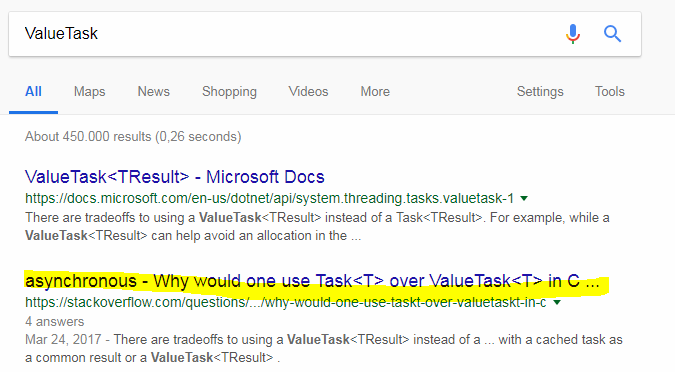 This might cause users to not click on this result. Google is known to measure user behavior and rank based on it.

Not the answer you're looking for? Browse other questions tagged discussion seo .

25
Should the first tag be removed from the HTML title?

24
Tag in question title battle
10
Should I vote to reopen my edited question
25
Should the first tag be removed from the HTML title?
6
Why does a question URL append the question title?
53
Can we hide (or relocate) the inline tag edit button, please? This is distracting
37
Google result shows title: "Not the answer you're looking for? Browse..." for SO question link