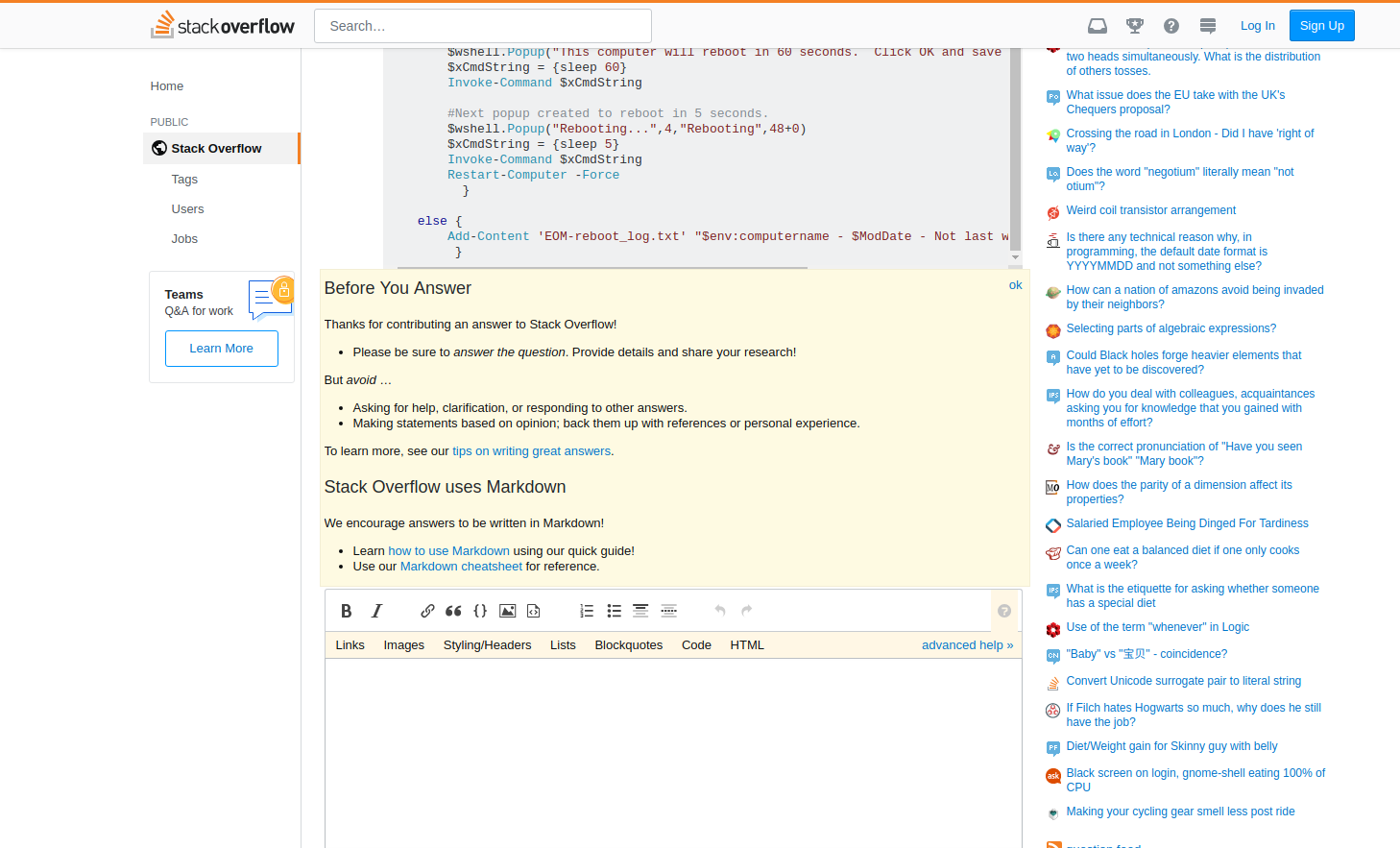 504
“Ask a question” wizard prototype
88
Should we display a warning when users include images?
93
Why is there no line numbering in code sections?
63
Misunderstanding how the "make code sample" button works
54
Support CommonMark fenced code blocks
54
Rewriting the official editing help explanation
14
Can we simplify the "add snippet" icon for adding Stack Snippets?

2
Should I format small code portions inside sentences as code? Why do people edit my posts this way?
2
Why is there a comment box under a deleted answer?
39
How to review edits that add images?
39
Would you accept an edit where link images of code are replaced by inline images?
57
A way to reduce the number of questions with only images?