This isn't the first time I've bumped up against this, but its been enough times that I'm starting to grind my teeth about it.

The system informed me that the question's original title was not allowed, despite the fact that:

I get that the title's "banned" for one reason or another, but don't force me as an editor to fix it! It got migrated in or some other way bypassed the filters and all I want to do is fix up the image in the post so it isn't flocking huge! Fortunately I was able to minorly modify the title (adding "do") in order to bypass.

The last time I ran into this, I couldn't do that. The thread title was a copy-paste of an error message, had gotten migrated, so there were three questions that already existed with that title (none of which solved the user's problem!) and any modifications I could make that wouldn't detrimentally affect the title had already been questions too! (of which none solved the user's problem). I did not know how to edit the title that left it descriptive of the problem at hand and gave up (I may have left a comment on the question, but I can not find it).

Can we change this, please? If it warns me at least give me the option to bypass the warning. By canceling the edit (if I decide the other improvements aren't worth it), the title remains bad anyway.

Nobody's forcing you to fix anything.

But if you're gonna fix it... Try & actually make the author look good: 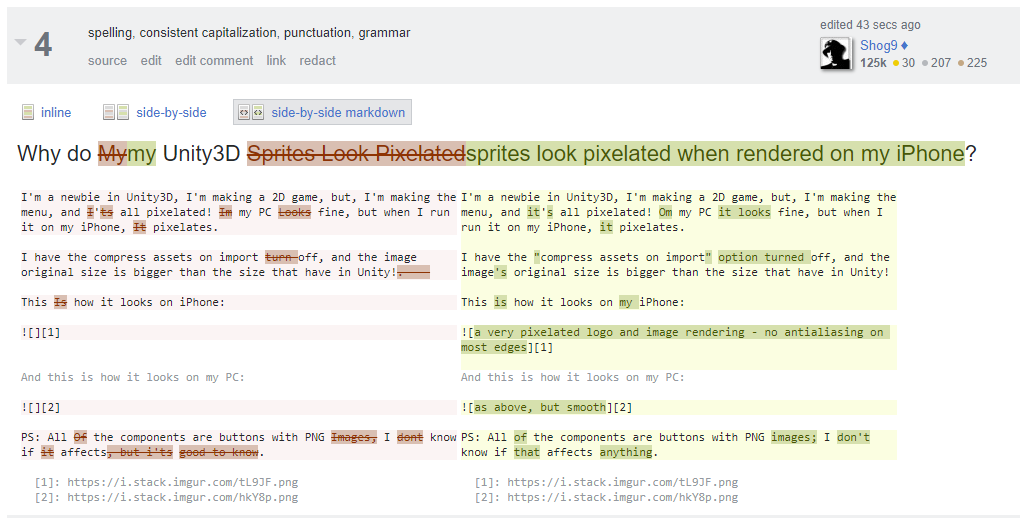 50
What triggers my title rejection?
67
Allow "question" in title if enclosed in quotation marks

24
Tag in question title battle
18
How to deal with questions whose title, description, and accepted answer don't match?
129
Actively prevent [NOT SOLVED YET] in title