In reflection of the new Code of Conduct, would allowing a "hi" in questions (and a "thank you" in comments) help create a welcoming atmosphere? I've had such type of wordings either removed, or not meet the minimum length critera, when using Stack Overflow (I'm sure for good reasons of conciseness). Thank you!

PS: Downvotes of questions which are formulated wrongly, or lack detail, feel similarly unwelcoming to newcomers (and again I'm sure there's good reasons to have them).

PPS: The "Hi!" that preceded my question here was auto-removed.

We shouldn't be lowering our standards of quality in order to make the OP feel fuzzy.

Clearly "hi", "thanks" and other salutations are a distraction from the content of the question (and, by extension, answers). It won't do to encourage them as they'll need to be edited out either in the text itself or mentally by all future readers. Not including them in the first place is, of course, the ideal solution.

And yet humans have these sorts of conventions for a reason. I have a friend who greets others with a big smile, firm handshake and "How are you, coach?" I have another friend who finds a way to give everyone she meets a hug. And I know a guy who starts off meeting people with a serious face and folded arms. (It's a joke. He plays it as long as possible before breaking into a laugh.) These expressions let me know what sort of relationship the other person is interested in pursuing.

I'm new here and I don't know the rules. But I want a positive relationship between us and so I'm trying to communicate that.

Cruelly, our culture interprets those words to mean:

I'm new here and I don't know the rules. Also, I'm not interested in learning your culture and just want to get a quick answer.

I submit that's a tragically broken interface. As an American (USA! USA!) I've visited a dozen or so foreign countries. I've used my broken Spanish, three words in Italian and non-standard English to talk to folks and in every case I've been greeted with compassion not derision. When outsiders come to a place I'm comfortable in, I similarly give them the benefit of the doubt when it comes to cultural differences. It's sorta like Postel's Law for human interaction. 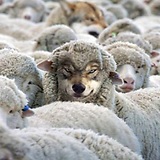 So what is the relationship between askers and the community supposed to look like? Well, there are askers who legitimately don't care about Stack Overflow, just want someone to write their code (i.e., outsource their job) and mask it with pleasantries. But it's pretty hard to spot bad actors right away. Humans have a natural tendency to attribute hostile intentions in others. Wikipedia's assume good faith principle goes a long way to fighting that bias. And so, we should mentally add whatever pleasantries we'd expect to questions and edit out pleasantries when they distract from the content.

9
Practical suggestions on welcoming communication
260
What examples are there for Not Being Very Welcoming?
247
Curation and cynicism: Or why Stack Overflow sometimes doesn't seem welcoming
37
Assimilation + Reciprocity + Answerable + Mulligan = Welcoming
32
Are there trends towards being "more welcoming"?
155
Can we be more welcoming by managing expectations?
74
How about an interactive welcoming tutorial?
46
To close, or not to close, that is the homework question