Why did questions stop getting edited after closing in 2013?

When a question is closed but not deleted, the OP is able to edit the question (for potential re-opening later).

At one point, close to half of closed questions were edited.

What happened at the beginning of 2013 to change that?

I assume this is something that we want to encourage, or are we better off to just delete and re-post? 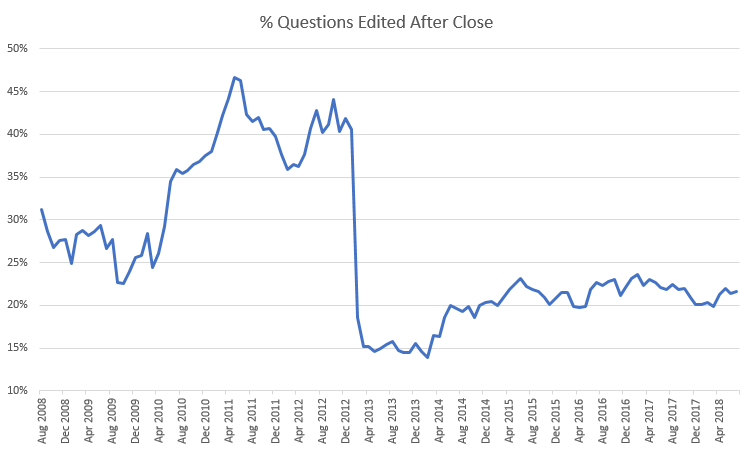 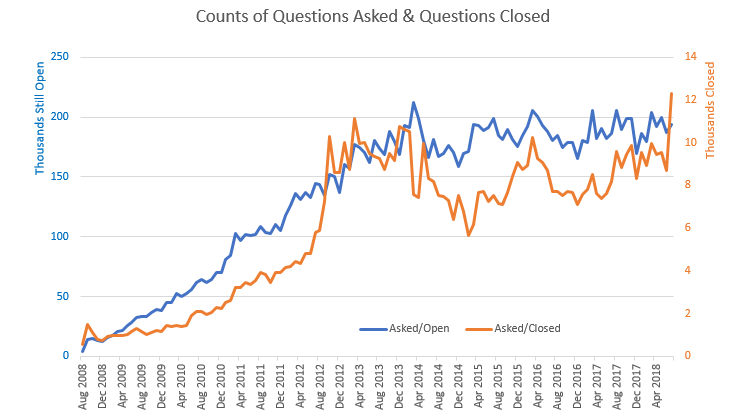 This version of your query filters out edits by the Community user (thanks to Erik von Asmuth for editing the query). If you use that query instead, you get the following graph: 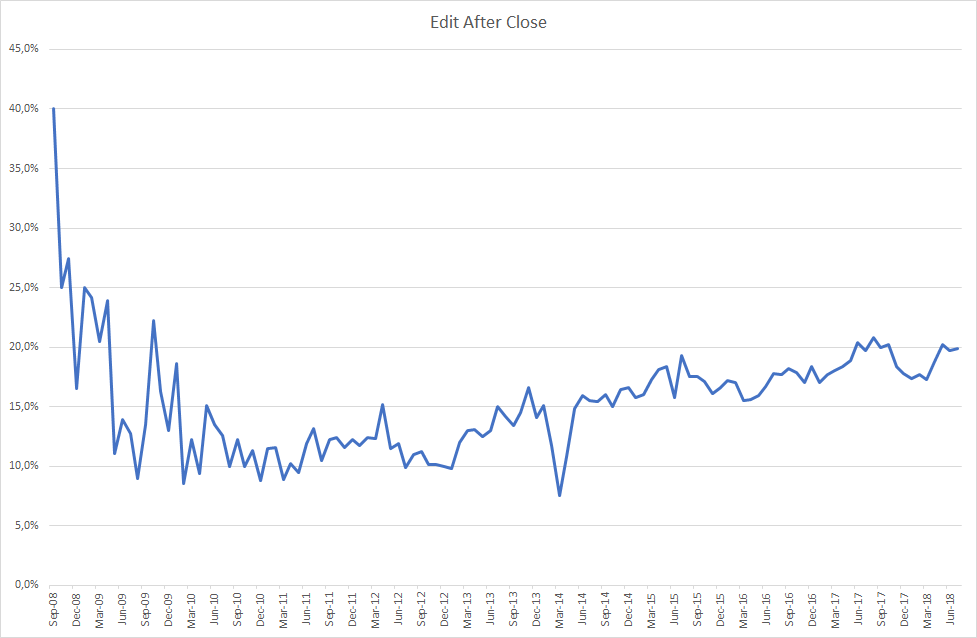 Not the answer you're looking for? Browse other questions tagged discussion edits closed-questions .

97
Thought experiment: What would happen if we didn't have close votes?
115
Can we blow away some of the Tumbleweeds?
21
Should I delete my answer to a question where OP is not trying to solve it himself?
8
Why was my answer in meta deleted?
3
Dangling duplicate: "Tools to visualize relationships between object classes"
3
Why was this straightforward question about Node.js closed as off-topic and locked?
7
Roomba delete questions closed very long time ago for off-topic reasons
46
Why did this performance question warrant not only closure but deletion, too?