Add the ability for mods to give a "soft" warning

According to a recent mod comment, a mod warning is considered to be more serious than a review ban and there is no other way to communicate directly and privately with a user. Apparently, mod warnings stay on the user's record and may be used in determining a suspension.

As a user, this is counter-intuitive because I would expect to receive a warning before being banned. Furthermore, it seems strange to me that there isn't a way for a mod to contact a user without a negative penalty being attached.

I think a "soft" mod message, one that doesn't count against a possible suspension, would be useful. That way mods have the ability to pass on information that is more precise and less punitive than review bans.

To be clear, I am not suggesting that a soft warning be a required part of any process, nor do I think this should be a high-priority feature. I just think it would be a nice tool for mods to have in their kits.

It's ... a mark. Rene hit on what could be bad about that in a comment:

you really think there is no Oh my, do we have to contact them again bias

I present to you what moderators see when viewing my account record:

Oh, that was just Tim & Bill The Lizard doing some science.

It's just an annotation, like the old journal tapes in cash registers. In most cases, you'd select from a template (e.g. sock puppet voting, something else) - just click "something else" so other mods and employees know to go look at the message to see what was happening.

There are very rare cases where you'd want to do this.

We discourage ultimatums, e.g. "If you don't heed this warning .. bad stuff", we encourage any constructive criticism to be in public wherever possible, but there are a handful of times where you know things are going to go better if you pull the person aside. That's not a 'black mark' by any means, but it is something other mods will want to know about if the behavior persists.

But don't think of it as an automatic black mark, the suspension that could result from not intervening soon enough comes much close to that than a message. But remember, once the behavior stops, we don't hold a grudge.

Just use it sparingly, try to think if there's a way you could do it in a comment (even if they later get deleted), and set clear goals for users to course-correct when you contact them.

But a "soft" version of this that doesn't leave any trace ... not the best for distributed teams of mods that tend be active or away depending on their schedule. For the system to work, there always needs to be breadcrumbs, or it's the users that pay the ultimate price. That brings me to my final illustration: 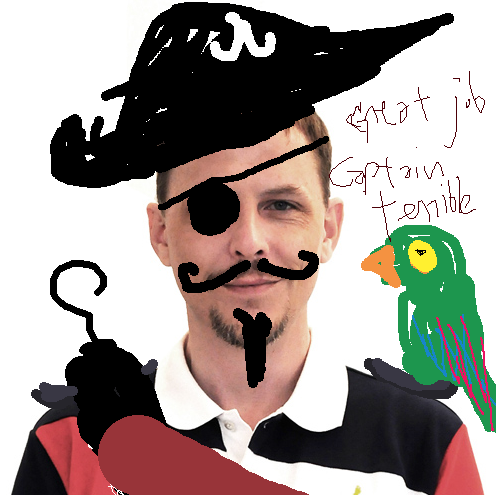 Ay matey, I earned that by messaging a user with a chiding warning a year after they had already been contacted about it, because it wasn't quite clear. So ... don't be me, leave clear annotations with care, and there's no 'stigma' getting in the way of a mod helping a user succeed.

I disagree with this. Moderators don't send messages to users as a form of private messaging. We do it when we need to reach out to you for a reason. This could be something like

Hey, high rep user, your last several posts have been flagged for being really low quality. We've logged out all your sessions because this pattern doesn't look like your previous high quality contributions and we're worried you left yourself logged in somewhere by accident.

You're stalking users and no longer welcome.

Your 15 person vote ring has been dismantled and you've been banned.

You have a history of poor reviews. Previous review bans haven't stopped you, so we're reaching out to let you know that you won't be reviewing for the next year. Please take this time to improve your contributions in other areas of the site.

Yes, a record of all of that contact with a user is kept. But, with this is the reason for the contact.

Now, I assume you want to focus on that last one. Why didn't a user receive a message prior to being review banned? There isn't a reason to do so. A manual review ban can be issued and a comment can be provided indicating exactly what was reviewed incorrectly. This comment is displayed when the user attempts to review again. They are receiving the message that something was done incorrectly.

An example taken from a flag I saw recently:

The next time this user goes to perform a review, they will see the message and a link to the incorrect review.

This doesn't appear in the same place (but is still part of user history) as the moderator messages. If a moderator isn't looking, specifically, at review history it'd be easy to miss that a user has had multiple manual reviews.

If anything, I'd like to see this information added to the same area as moderator messages to we can easily see a complete history.

TL;DR: There isn't a "soft warning" needed. Moderators reach out to you directly when our intervention is required. A warning is a warning, regardless of whether or not a suspension accompanies it. A moderator message does not imply a warning and it does not mean you did something wrong.