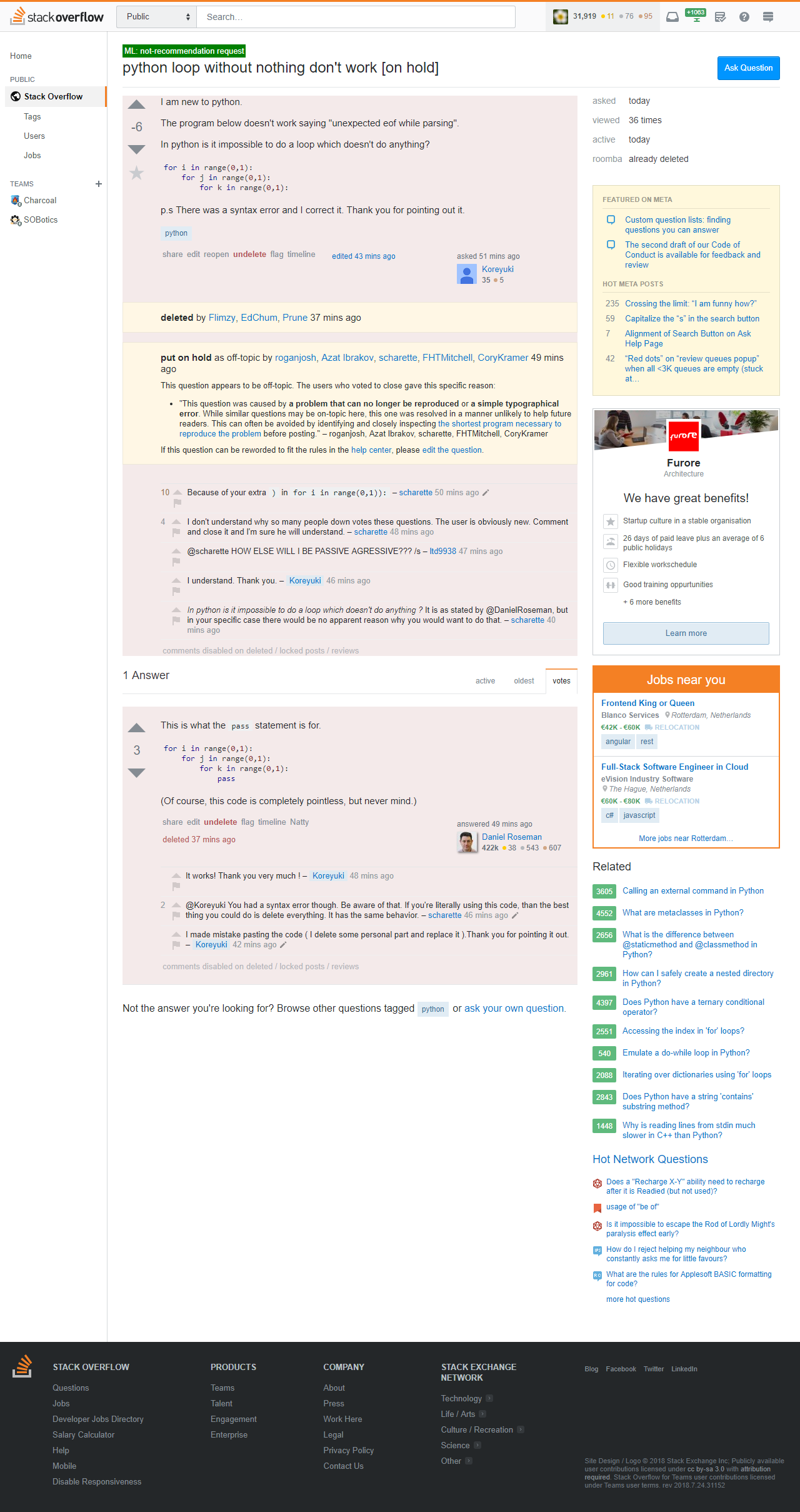 1
How to handle invalid delete votes (on an answer) when OP answers his own question
4
Downvote answer after edition of question?
3
My edit correcting a JavaScript syntax error by adding the var keyword to an answer was rejected. Why?
92
Allow re-flagging if an answer is edited after retraction