There's some seasonal variation, particularly around the Christmas and New Year's celebrations, likely due to vacations. 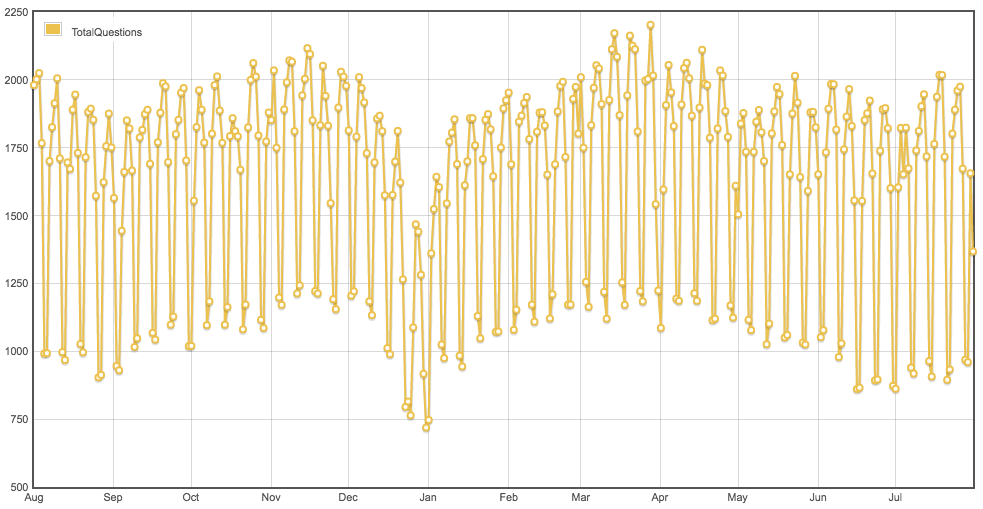 The huge asterisk I have to put on this is that users often use this site in strange and beautiful ways.

All of these impact how this data can be looked at but likely represent a small number of total posts.

† Note the caveat that because SO does not enforce unique usernames, including questions from now-deleted users is prone to error but inclusion of these deleted users accounts for a very tiny fraction of questions - about 10-20 questions per day.

Not the answer you're looking for? Browse other questions tagged support new-users statistics .