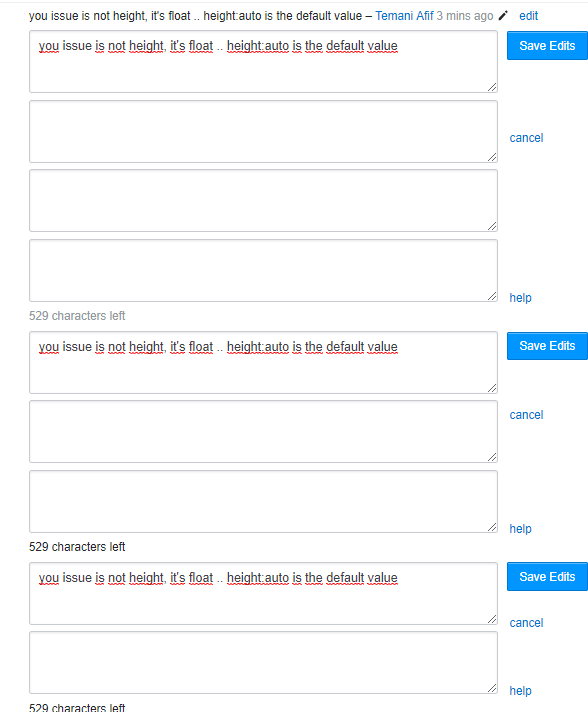 4
Comment anchor links get "visited" highlighting - is this supposed to happen?
17
Comment flag window for transparent answer hidden behind new answer box
44
What's with the new comment buttons border?
19
Inline editor is no longer available: cannot exit out of edit mode with ESC or by clicking the question title
8
Lost any badges and Q&A count after "Oops! Something Bad Happened!" when I tried to change SO's Edit Email Settings
1
Link to question missing during "Improve Edit"
8
Edit tags not working and comment flag icon missing in Mobile