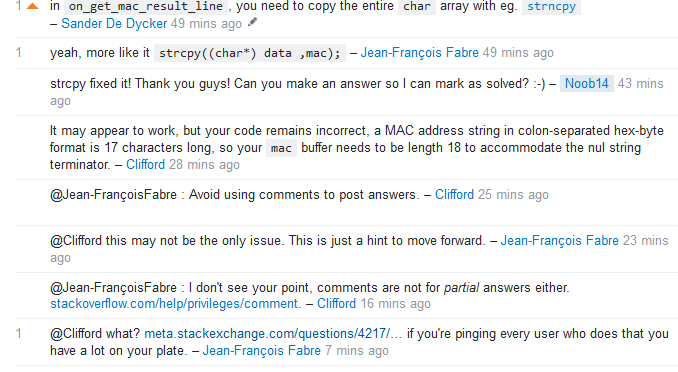 1
We need to stop using Comments to Answer Questions; How should we address this?
15
Can we decrease the roomba times for auto deletion of bad questions?
12
Low quality link-only answers

44
Answer too commentarial, but too long for comment
11
What is the official stance behind comments that copy a close reason verbatim?
71
What is the official moderator statement about low quality flags in the Help and Improvement queue?
1
Should we comment our code when answering questions?
15
Need an MCVE be production-quality?
25
How to handle questions where the answer is to upgrade to a newer version?