When you hover over the review progress bar (the one in between 194 and stats from pic below), a badge-progress-menu appears, that has some weird lines to the left of the menu that should not appear 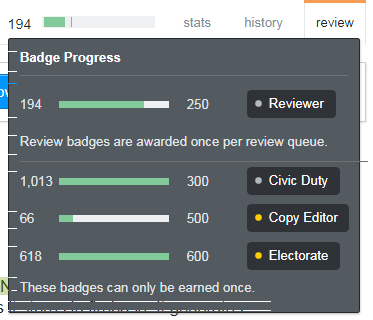 9
(Possible bug) Issue in next tag badge progress bar
15
"Hide left navigation" option not working
66
Stackoverflowbusiness.com/blog the LinkedIn share button is not aligned correctly
24
The total review counter does not increase after a review action is taken unless the page is manually refreshed