We have a strange setup at work where we cannot automatically renew software. We need to purchase it based on a yearly contract (every year we manually renew). Don't ask me the reasons for this but here presents an annoying feature in Teams.

I purchased teams and after the trial I had to cancel it such that it would not auto renew. The nice thing is since I purchased the yearly contract it allows me to keep using it until June 2019. But since I cancelled it there is a message at the top that you cannot close out of or get rid of:

This team has been cancelled and has 364 days remaining on the current contract. Undo cancellation.

Come on already...first of all I would be okay if this message appeared say 30 days before ending my current contract. I would also be ok such that this message and undoing cancellation was stored in the "Settings" page for teams (since there is one). But don't put the message up from day one of the contract and keep it there where I cannot shut it off for 364 days!

Get rid of ASAP!

We've been around this a fair few times internally but we keep circling back to what seems to be the simplest possible solution; adapting cancellation as you suggest so that it isn't as invasive and functionally does what disabling auto-renewal would do.

So, as of today, if you cancel anywhere up to 14 days prior to your renewal the admins of your team won't see any banners until we get to within 14 days of the effective cancellation date (i.e. when your subscription was supposed to renew).

When cancelling we also give you the option of preventing new users from joining your team. If users leave or are removed from the team after cancellation, additional users may join, but only up to the number you had prior to cancellation. This stops you from being inadvertently billed more than you might expect when users join your team.

A snapshot of the UI:

And here's what a user sees if they try to join the team after users have been prevented from joining: 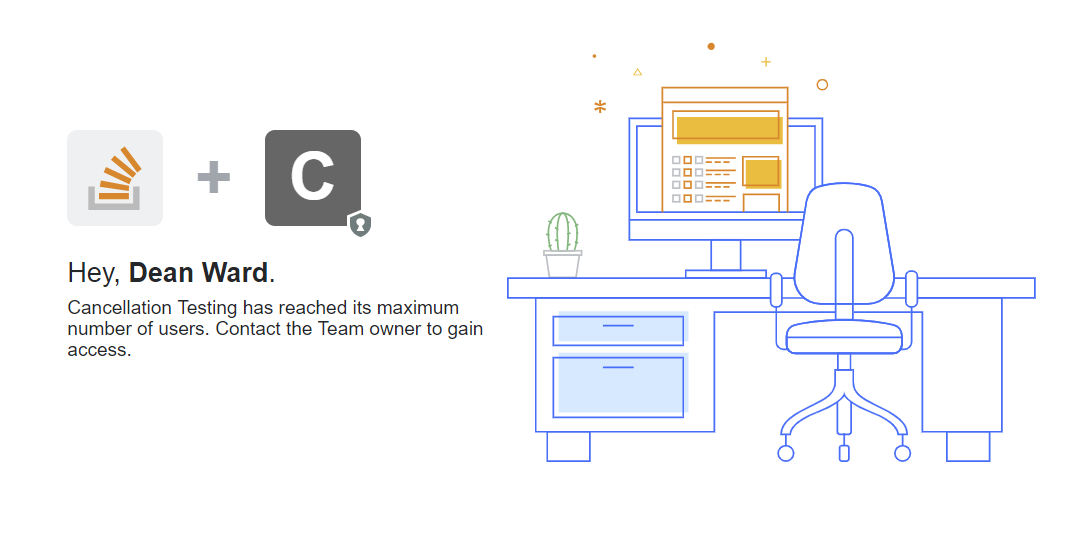 On the date that your subscription would be renewed it'll be cancelled and you'll get all the usual banners telling you that the team will be frozen after 14 days. You can re-activate your team via the billing screens:

Hope that helps a little!

The most common case

Most people who cancel their team do so because they no longer want to use Teams. It's also likely that they're canceling it because they didn't achieve the engagement/adoption that they wanted. I emphasize this point because if someone cancels their Team and then truly continues to use it for 364 days, there actually is a really good case for continuing to remind them that it's going to disappear if they don't act. If they cancel it and stop using it - they'll never see the banner. Providing a message that is dismissable would ultimately probably just surprise them when it actually gets canceled months later. I don't think that's an ideal experience for the bulk of people that this feature targets

There are other drawbacks to canceling

If you cancel an annual plan, while we might be pestering you with a banner, we really don't want you to get hit with more charges. That means, no new users can join during that entire year. So, whatever user count you have right now is static unless you un-cancel it. Therefore, I highly recommend not repurposing the cancelation feature as a way to prevent renewal, if at all possible.

I do see your point

I do see your point about how some organizations might not allow auto-renewing solutions. I'll have to think about another solution here. Maybe there's a feature to be built that turns off auto-renew. But, to be completely honest, I don't think that the solution here will be to dampen the effects of the cancellation flow.

Not the answer you're looking for? Browse other questions tagged discussion bug status-completed stack-overflow-for-teams .