Select Company or organization: Did I mean Google? Or Google? Or maybe Google? Perhaps I meant Google? Or one of another two Googles? I have no idea 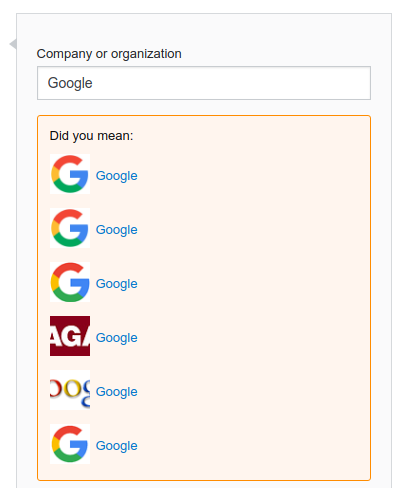 I don't know. There's no way to tell what, if any, the difference is.

We built the List feature soon after we released the Developer Story. It primarily tried to achieve two objectives:

Lists are essentially just Name, Url, and Image Url combinations that other users have added to their developer story.

We wanted to give users who created a CV on Stack Overflow (pre-developer story) a way to attach their existing items to a list, so we built this quick and dirty list suggestion feature that you are referring to. When a user edits an existing story item, we provide possible list suggestions, primarily to achieve objective 2 and bring general awareness to the list feature.

Admittedly this feature was not iterated upon and did not amount to anything very useful. However, we have been in talks about replacing this lists feature altogether with company pages.

For the time being, we'll remove this list suggestion feature when editing story items, but keep it when adding new story items.

Thanks very much for your report.

Where are you seeing these duplicates?

I see three entries for "Google" when adding a new position to my Developer Story page. There are a few entries for Google in other countries, although most of them only list a single member. 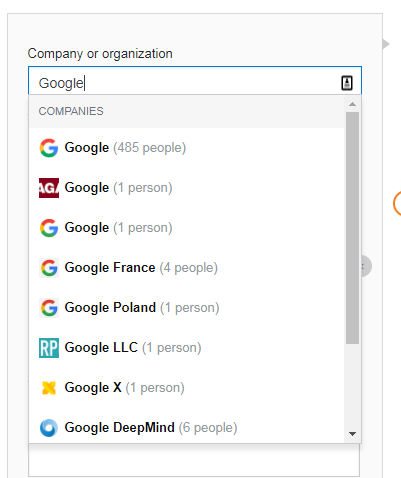 79
When are we going to get the old logo back?
35
Syntax highlighting for strings is hard to see now
15
There's always more
3
How can I have my profile removed from Jobs and Developer Story?
7
In Developer Story, why can't I remove the "search" badge?
10
Unsubscribe link broken in Developer Story E-Mail