Edits to borderline spam answers can possibly interfere with audits

Okay, so I just reviewed an answer in the LQP queue. This answer had been marked as spam and deleted.

I presume the reason for this is because of the fact that they'd added their contact info into their post in (presumably) good faith which was later edited out by another user. The revision history shows this: 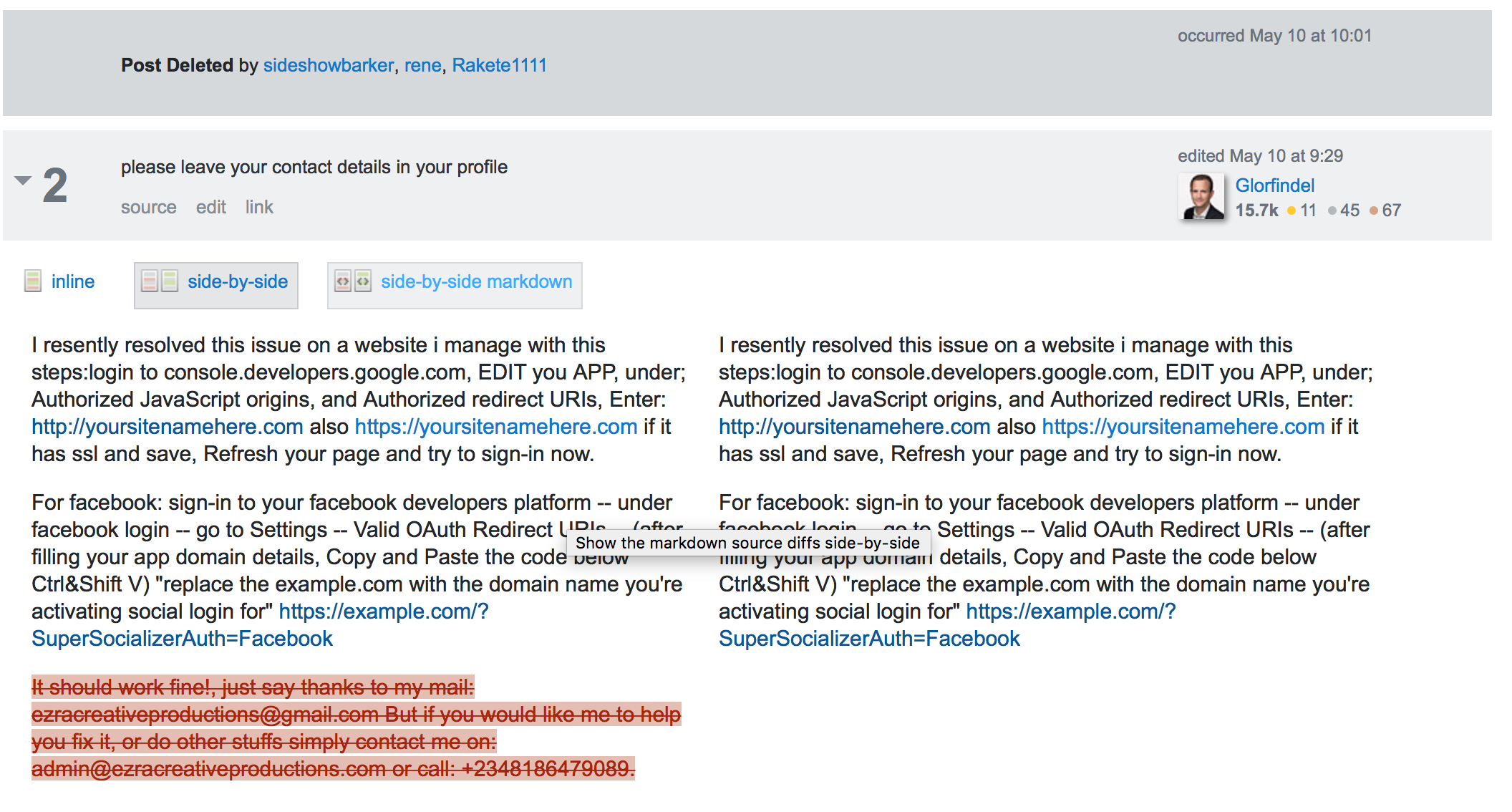 You can see that the post was edited before it was deleted.

Now, looking at the meat and potatoes of the answer, it doesn't look all that bad to me. At least, what was left after Glorfindel's edit certainly is NOT spam to me. As part of my review, I carefully read through the question below, and the answer, visited all the links, and decided it wasn't worth deleting.

But I was told to "STOP! Look and Listen". Even though that's exactly what I did. I reviewed the context of the question and took many things into consideration before deciding. And, it appears that I wasn't the only one who was tripped up here.

The point I'm trying to make here, is that the edit made interfered with the audit. My biggest disappointment is that it is going to count as a strike against me for no real reason. It has also resulted in a 3 day review ban. ;-(

This thread is mainly meant to start a discussion on the audit system, but you may consider it a feature request of sorts. I believe the spam flags were issued on the version before the edit. To that end, I would request that audits should display the versions of the answer on which the flag is raised. Or, if that is too hard to implement, then don't show answers with non-trivial edit histories. It opens up avenues to misunderstandings like this. This was borderline in my opinion, and I don't really think it should've been deleted to begin with.

Thanks for reporting this. I agree that the original revision shouldn't be flagged as spam and I've disputed all the spam flags on the answer. It should no longer be a review audit.

Although review bans are automatically handed out not just based on one recent audit failure, I have lifted your review ban in good faith.

Not the answer you're looking for? Browse other questions tagged discussion feature-request review-audits disputed-review-audits review-suspension .

28
One shouldn't fail an audit immediately if one clicks on edit
81
Known Bad "Spam" audits using posts you already flagged as spam
18
Suggested Edits: What Do You Mean This Was Spam?
23
How come self deleted posts can become "Known-bad" Audits in the LQP queue?
39
Telltales edited out of audit