Is it a wrong thing to vote for close VLQ code-request with two images? Getting revenge downvotes [duplicate]

There was one question which had two images and the user wants to do that implementation. There is no code, no attempt, no research. He was asking us to write a code for him for that two images. I downvoted the question and vote for close. As it is off-topic here.

As I downvoted and voted for close the user started rude and abusive comments. Now he had started to downvote my answers daily around 3 4 answers. 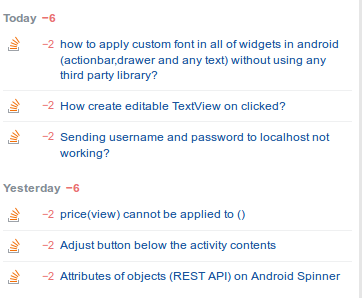 I want to ask the community that is I am doing anything wrong. Should I need to write code for him?

In which situations I should vote for close?

And of course what about my reputation points. I want to report this user if someone can help!

I want to ask the community that is I am doing anything wrong.

No, you are doing your job as expected, carry on using your rights of VTC-ing.

Should I need to write code for him?

No, Stackoverflow is not free coding service. We help on some specific problem, but it's the user's responsibility to put some efforts from his side. The SO users are not here to do some home work of other users.

In which situations I should vote for close?

Please check the below links. You will get the idea in which situations you should vote for close.

Do we need a close reason for zero-effort questions?

How to flag/close as "not a code-writing service"

I want to report this user

How can I report a specific bad user?

What can I do about getting a sudden flood of revenge downvotes?

And of course what about my reputation points

What is serial voting and how does it affect me?

You should flag all rude/abusive comments.

When this automatic revenge-vote detection kicks in, I believe moderators will be notified and can take actions. I don't know the exact mechanics for this, there's a lot of things going on behind the scenes that we normal users don't see. This kind of behavior typically ends with a ban and a rep-reversal.

But please note that there's always two sides here. While this user's behavior isn't acceptable and needs to be addressed by a moderator, please also consider how to respond in comments more carefully.

I would not recommend using http://idownvotedbecau.se, dropping a single line comment with that link tends to come across as hostile rather than helpful. It is probably just a matter of time before SO bans that URL like they have done with lmgtfy.com. If you wish to help the OP, post a link to the official SO help instead.

Otherwise just downvote, close vote and move on. There's usually no way to help these kind of people anyway - they don't want to improve, they just want to put as little effort as possible into solving their problem.

Not the answer you're looking for? Browse other questions tagged discussion support vote-to-close moderation .

203
Stealth revenge-downvoter: a downvote a day keeps the reversal-script away
114
Is idownvotedbecau.se recommended?
231
Do we need a close reason for zero-effort questions?
253
What can I do about getting a sudden flood of revenge downvotes?
5
Serial downvoting not caught by script:
24
How to flag/close as “not a code-writing service”

33
Is there any way to report a user if a rude comment is deleted?
18
Why was my “answer adding pointing at a duplicate”, moderator flag declined?
23
Is it rude/abusive to include junk text to bypass the minimum texts requirements?