Ask Question
Asked 4 years, 4 months ago
Modified 6 months ago
Viewed 474 times
-17
This question already has an answer here:
What can I do when getting “We are no longer accepting questions/answers from this account”? (1 answer)
Closed 7 months ago.

The page for the Question-Ban timer says

If you're unable to improve your existing questions, you'll get the chance to ask a new one 6 months after your last question. If that question is positively received, you may be able to continue asking questions; if not, then the ban will be reinstated.

Is there any mechanism for which we can get that timer's value? I'm showing that I haven't asked a question for over a year (since May 17, 2017) and that the question was upvoted (positive rep).

My reputation has also been doing pretty well, (top 6% this quarter).

This is over my Stack Exchange account. In fact, every question since Aug 8 '12 has been positive.

I would like the Question-Ban timer to be prominently displayed in my profile dashboard, or someplace else I can easily find it. 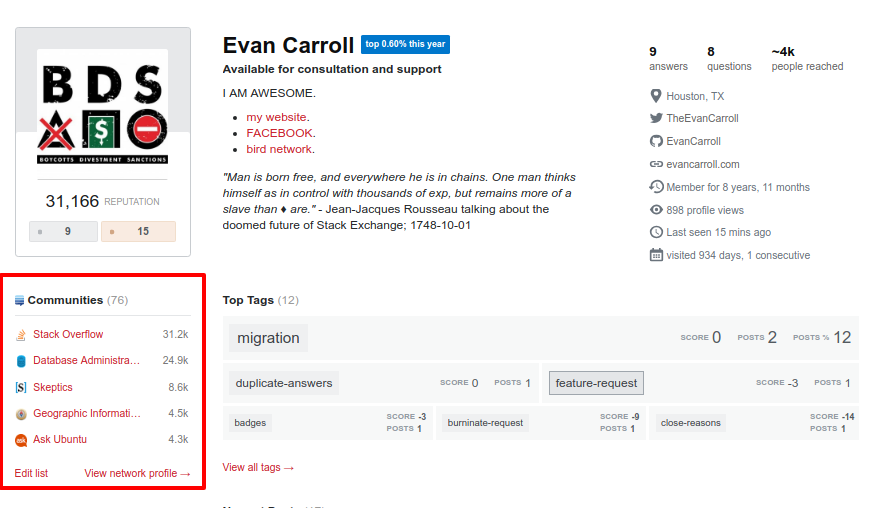 I feel this is certainly on topic, here but feel free to migrate it to MSE if you'd like.

Alternatively, if my feature can not be implemented -- how else can I find out this information?

There is no "question ban timer". There's just a ban. You, like the vast, vast majority of people to encounter the ban, ignored most of the guidance on that page (including the title). I'll quote the most relevant portions here:

Why are questions no longer being accepted from my account?

At Stack Exchange, asking questions is a privilege, not a right. If a user cannot demonstrate, after asking a reasonable number of questions, that their contributions are making the site better (or at very least, not making it worse) then they will be blocked from asking further questions until they have demonstrated their ability to contribute positively.

Users who are banned from asking questions see the following error message when trying to post a new question:

We are no longer accepting questions from this account. See the Help Center to learn more.

Question bans do not affect other privileges, such as commenting or voting, and there is no indication to the rest of the community that a particular user has been banned.

How can I get out of a question ban?

Begin by improving your existing questions: do as much as possible to make them clear, specific and on-topic.

The ban will be lifted automatically by the system when it determines that your positive contributions outweigh the cost of those questions which were poorly received.

Edit all of your questions, paying special attention to those that score 0 or less. All questions are expected to be useful to future visitors, so put effort into writing with proper grammar and spelling, formatting your post so it can be read easily, and providing as much detail as possible about your problem and what you have already tried. Then write a title that summarizes your problem so that others encountering the exact same issue can find it. Reading your question out loud to yourself can help you understand what it sounds like to others.

If you don't feel like doing all that, it's ok - most people who encounter this message don't. That's why the system exists - so that we don't have to keep getting questions from people who aren't willing to follow the suggestions for improving their existing posts much less apply them to new questions.

The six-month allowance exists - as implied by its description at the end of that article following a lengthy list of additional resources - for the sake of folks who've tried everything and just haven't quite squeaked by, but have none the less learned to write effective questions while doing so. It's not a quota or a right, it's a token gesture for a very, very small handful of people who can actually benefit from it.

None of this applies to you on Meta Stack Exchange: in nearly 8 years, you've made precisely one edit to one of your downvoted questions; in fact, you've made only two edits to any of your questions on MSE since August of 2010. If you're going to ignore 90% of the guide, you might as well just ignore the rest.

53
What can I do when getting “We are no longer accepting questions/answers from this account”?
121
Allow post-banned users to see all of their posts, including the old deleted ones
-42
Please make it known for the users, when their Q&A ban expires

36
How do Zero-Score Questions Impact a Question Ban?
54
Solution for migrating to minor sites
31
Question Ban Message
115
Does banning relatively new users encourage alternative accounts?
28
Does the 1 question 6 months after last question for question ban recur?
89
The "why have I been question banned" FAQ isn't very good at effecting a change in behavior
44
Can a moderator collect and send links to me to deleted answers of mine?