Let's be frank here, I'm definitely not someone who's known much around here because I don't contribute enough to be known. However, I do try, and today (around 20 minutes ago) I was suspended for being "rude", thereafter my suspension was removed and I was told to make a post here (as I couldn't earlier due to my suspension) so I could get a reason for my suspension from the respective moderator.

It all started on this post on SO and then it moved to this meta SO post.

My suspension was most definitely a mistake. The OP of the question I linked in my meta SO post responded in the original SO question (instead of the meta SO post) and rather than responding to them (as I knew it'd escalate the situation) I flagged it for a moderators attention, next thing, the post had been locked, my flag was helpful and I was suspended.

In my moment of panic (I've worked hard on this account!), I made a meta SE post as I wasn't sure what else to do, you can find that here.

I did the correct thing, instead of escalating the situation and engaging with the OP. I flagged their comment and now, I'm being punished?

If I was being rude, why would I draw attention to it on meta SO? I was genuinely trying to see if I could improve my comment. When I asked the moderators to show instances of my rude behaviour, my suspension was removed.

Are we now just pronouncing people guilty before we actually look at the facts?

Do I want to improve?

What is going on here?

I'm the mod who suspended your account. I made a mistake. It was an overly harsh action and I am sorry for causing you distress and the community confusion.

Brad has gone into the facts of the case in his answer. So I won't repeat those, but add a little. The system gives an automatic recommended suspension, and I dialed it back, as I thought it was too harsh, but because the recommended suspension (from past activities) was 30 days. I was in a dilemma about it.

To explain, the reason I chose suspension was some of the flags that have followed your account, meaning it wasn't the first time and there was a pattern. Combined with the other censures.

However, we did discuss it promptly in the mod chat room and I took advice from the other mods. Learning to mod on here is a steep learning curve and the focus on being nice has changed how strictly the boundaries are being enforced. So it's been somewhat a challenge in discovering how to handle things, just as the community is learning what is expected from them. It's been a difficult for the community over the past few weeks. I didn't intend nor do I want to add to that confusion.

So again, I'm sorry. Nothing is set in stone, I and the other mods are all held publicly accountable for our actions. There's checks and balances both within the community and within the mod team and with the Community Managers. 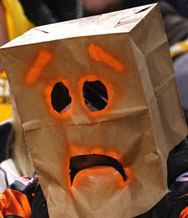 I wasn't the moderator who suspended you, but they're unable to answer right now, so I'll do my best here:

I'll start off by saying that a mistake was made, and we apologize for that. This was the subject of significant internal discussion among moderators, which led to the quick reversal of your suspension. A suspension shouldn't have been issued in this case.

This did start with the question on the main site being discussed here, where a number of flags had piled up on the comments from everyone there. That question is already covering the comments there and whether those were appropriate, so I won't get into that.

The deletion of those comments triggered an automatic system flag for "too many rude / not constructive comments" on your account due to the deletion of other comments of yours that had been flagged recently. The moderator who responded to that and to the discussion there decided to issue a moderator message warning for what they saw as a pattern of rudeness.

Because you had had another incident in the distant past involving a suspension, the system automatically suggested the application of a 30-day suspension here, which the moderator lowered to a 7-day suspension.

That's the sequence of events as they happened, but I believe this was too harsh of an escalation for something that was already being constructively discussed. None of your comments by themselves were rude enough to warrant a suspension, and any pattern of edging into rudeness in comments could have easily been discussed as part of your Meta question.

When I see a pattern of possible rudeness, I first clean up the comments and see if it's a one-time thing. If it continues, I'll try to engage the commenter via a gentle warning, chat (if brought up there), or Meta (again, if brought up there). For more aggressive cases, I'll go straight to a warning. I only reach for a suspension if there's outright insulting behavior that needs to stop immediately or if someone has been warned and has chosen to ignore those warnings.

None of that was the case here, and a good discussion was ongoing, so a suspension was an incorrect response. As soon as it happened, moderators talked it over and decided to lift your suspension. At the very least, that allows for an open discussion to continue. Sorry about the confusion this caused.

Not the answer you're looking for? Browse other questions tagged discussion account-suspension .

694
November 2015 Stack Overflow Community Moderator Election RESULTS
68
Moderator repeatedly deleting and undeleting their own answers
40
Why was my comment removed from this question?
50
Why was a proper flag declined?

6
Why can't we edit our profile while our account is temporarily suspended?
54
Transparency request: why was this user suspended for posting two (now deleted) questions to meta?
18
If we find a plagiarized answer, should we first post a comment saying that this is plagiarized from ____?
40
Why was my comment removed from this question?
37
Suspended from reviewing due to questionable audits