Yesterday this question was posted: How to take var out of a callback in javascript?

I was with a foot out of my office when I read it and I was sure there's a duplicate related, but in the hurry of going home I pointed towards the wrong question with a duplicate flag.

On my way home I even received a notification that another user commented that I was pointing towards the wrong question.

However, I assume that due to other users (correctly) flagging the answer as a duplicate, my (incorrect) flag was marked as helpful too.

I'm not entirely sure how the system determines that a flag is helpful or not (these are not very precise 1, 2, 3, 4), but it feels like there is room for improvement. Especially in this case where it can be checked if the question I pointed towards was indeed used when actually closing the question.

Essentially flags are to warn that it's raining. If it is then determined to rain, snow or hail, the flag is marked as helpful, as it was warning something was not right with the weather.

The flag was marking the question as a duplicate, which also comes under the umbrella of the question being close worthy. 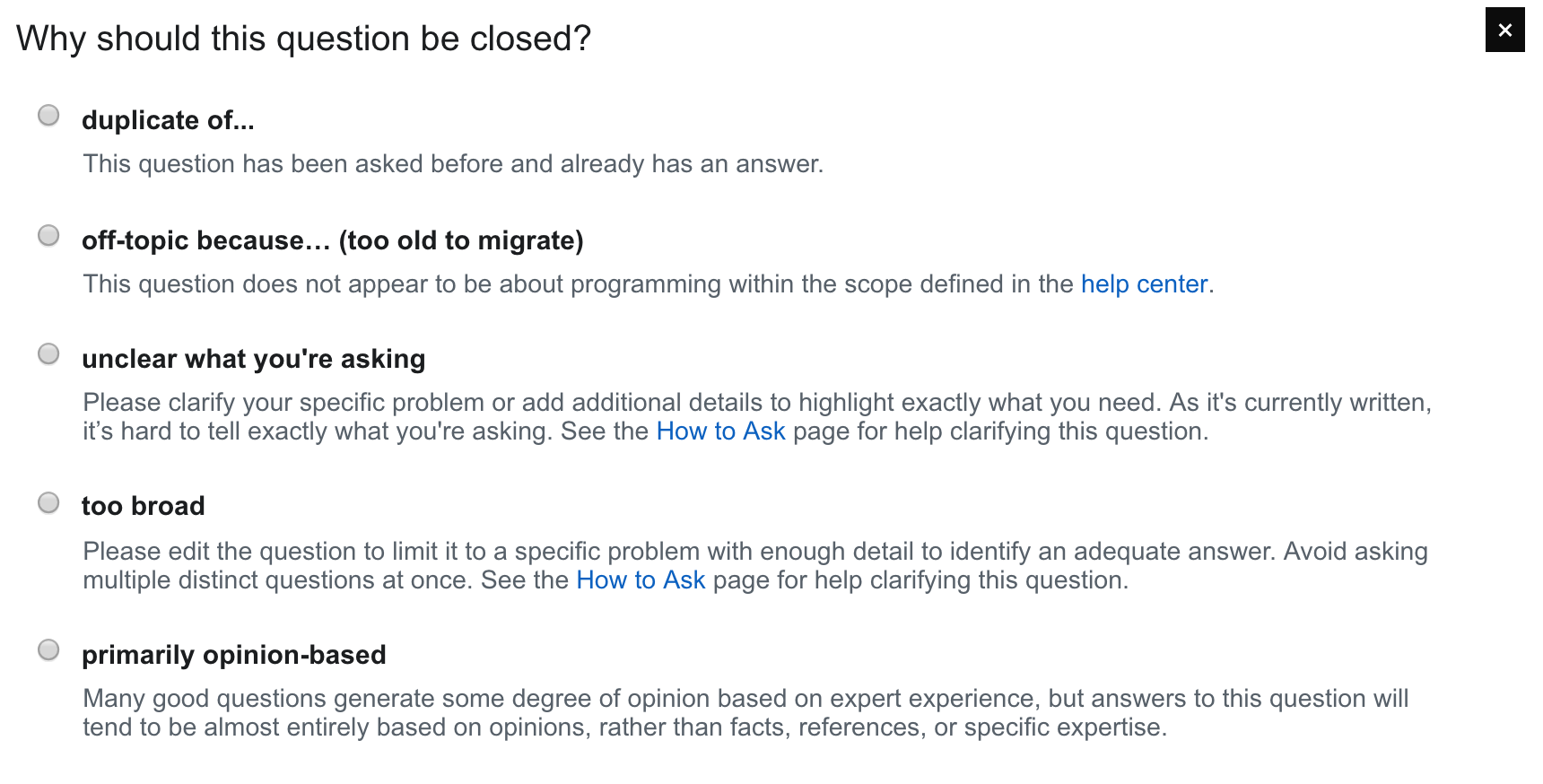 In fact, a flagged post that is deleted will automatically mark any (non-mod) flags as helpful and spam and rude/abusive flags need to be manually cleared by a mod to invalidate them. In this case those flags are marked as disputed and not declined.

If flags were to be declined, when they were essentially pointing at the right issue (a post should be closed or deleted), there would probably be a bigger fall out with the community over trying to get the pedantics of the flagging right, when sometimes more than one flag can be right.

This is a nonissue. You raised a flag, other users reviewed the question and cast close votes, and it got closed. In this case, your mistake didn't even result in an incorrect link showing up on the question. The system worked as designed: the review of your flag resulted in the correct action being taken. The risk of making mistakes is why only the most trusted users can unilaterally close questions. Importantly, your flag correctly prompted others to review the post, which means it was helpful in the most literal of senses. There's really nothing to be significantly improved upon here.

The only thing I'd add here is that as a user with more than 3,000 reputation, you have the ability to cast your own close votes. Perhaps you didn't at the time you flagged the post (Congratulations on the privilege if so!), but if you did, in the future please prefer to cast your own close votes rather than flagging posts. Either way, thanks for participating in curating the site's content.

Not the answer you're looking for? Browse other questions tagged feature-request flags .

21
Flag banned after getting a helpful flag
4
Removing wrong duplicate flag when there is a correct duplicate flag
10
Duplicate flag disputed despite the OP accepting older question's solution
14
User created a Duplicate of own question, then deleted previous one
2
Is the state change for flags automatic in cases where the question gets marked as duplicate?
5
How to point to several questions when flagging as duplicate?