Is starting a bounty for self-promotion deemed OK? [duplicate]

Note: The name of the particular user in the question is (post-factum) replaced with SO_USER. Obviously if you follow the links and/or read the comments here closely, you can easily deduce the name but remember that personality of the user is not the point here. This question is only about specific actions.

This question is inspired by two bounties started by one SO user recently on this and that questions. Both questions have accepted and well upvoted answers that happen to be the same user who started the bounties. I engaged into a discussion under the first of the questions and although some of the comments have been removed, I have a screenshot that shows most of the history: 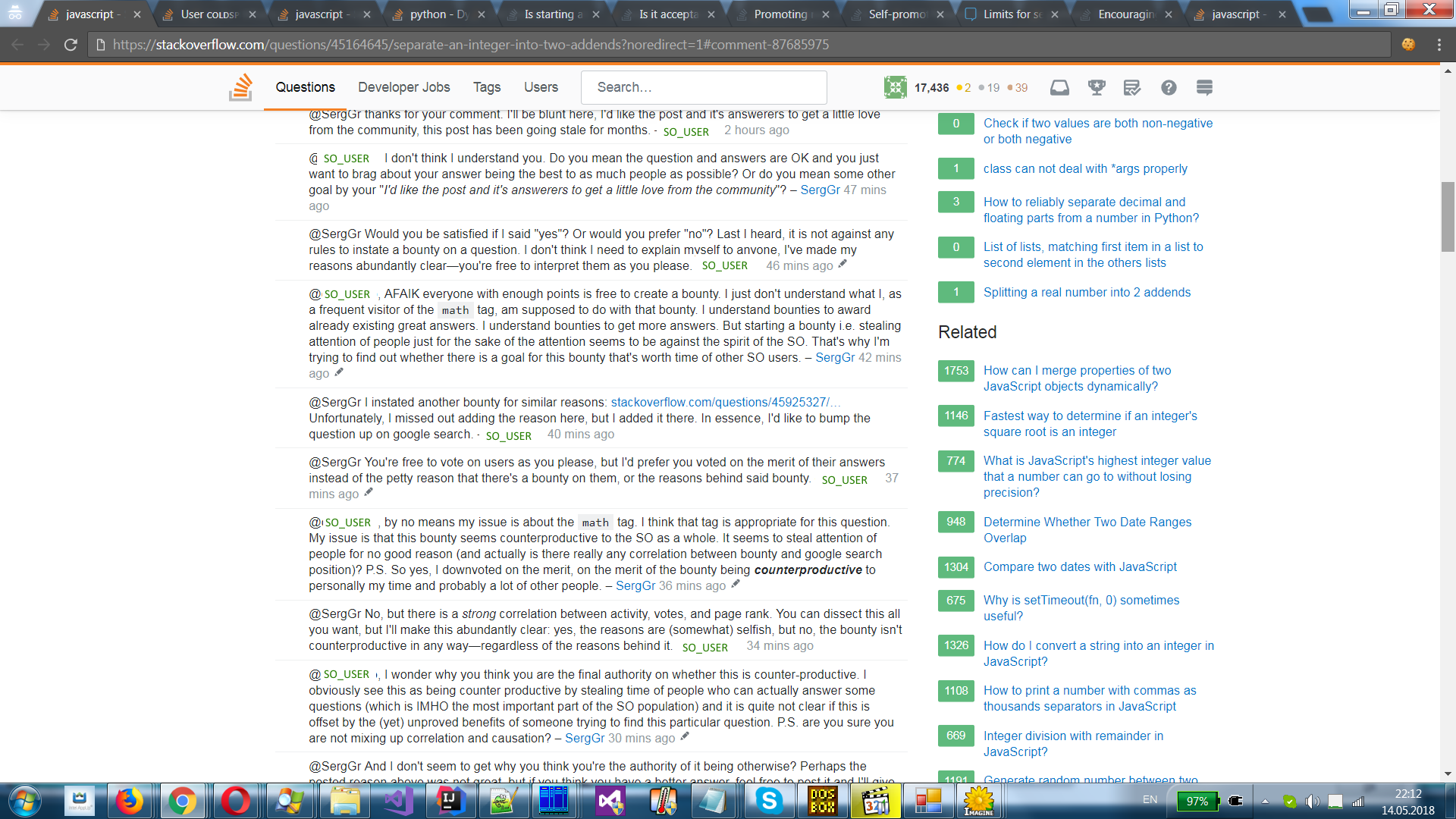 IMHO it clearly shows that the sole purpose of those bounties by SO_USER is to draw attention to own answers. So my question is: is this kind of a bounty considered OK and I should apologize for taking it too personally? Or is this an abuse of bounties?

40
Can I set a bounty to bring attention to a question I gave an answer to?
19
Is it acceptable to use the custom message on a bounty to promote a specific answer?
41
When, and when not to disclose names when discussing a users actions on meta
8
What kind of bounty message is acceptable for promoting your own answer?
8
Workaround for minimum bounty for question which you have answered
-10
Is it against the rules to link more of our posts in the bounty banner?

57
Self-promotion abuse detected?
38
On dealing with the misuse of bounties
2
What happens if a bounty is not awarded before grace period, on a self-answered question
23
Is earning the Tumbleweed badge because of a post enough reason to place a bounty on it?
19
Is it acceptable to use the custom message on a bounty to promote a specific answer?
75
Consensus on self-promotion and spam
31
What is the policy regarding sparse self-promotion in answers?
4
How to deal with a "useless" bounty?
15
Self-promotion in images