In Is it appropriate to edit and properly format a really bad question? it is said that edits to obviously bad questions are discouraged.

Then I stumbled over this (to my mind really bad) question: https://stackoverflow.com/questions/50018928/how-to-put-partcles-between-two-positions-formula

An edit was made to put the linked picture into the post. To my mind this question is off-topic and very low quality, so the edit is just a waste of time and blocking the review queue. Still, it got approved, as it is a minor improvement, but the question is still unsalvageable to my mind.

Should this be reported somehow?

Picture of the post if the question gets deleted: 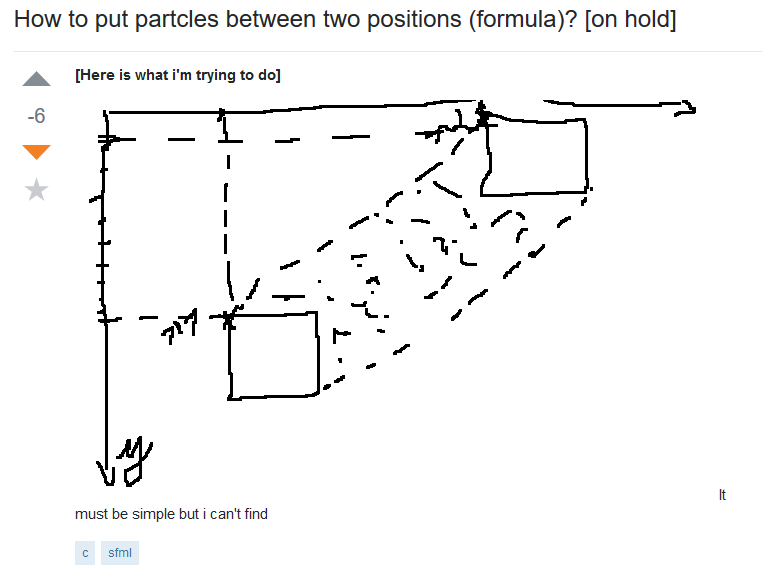 I wouldn't report this. The edit itself is fine (it does make a minor improvement). I doubt a mod flag here would be sustained.

Reserve mod flags for bad edits and approvals for

61
Triage "Requires Editing" description is (still) misleading
21
Is it appropriate to edit and properly format a really bad question?

14
Prevent minor and invalid edits better
21
Is it appropriate to edit and properly format a really bad question?
2
Is there a way to flag a bad edit that has already been accepted?
19
Was it OK that this edit got approved?
35
Should I flag a user that only does minor (incomplete) edits
37
Add a warning message when editing closed questions