Sudden increase in the number of votes: bug or suspicious activity?

I was just editing my answer to this question when, out of the blue, an impossible amount of upvotes appeared in the question and all its answers suddenly.

At the time I started my edit the question had just 1 upvote (which was mine, you can see my comment complaining about the lack of upvotes), one of the answers had 2 upvotes and the other two answers (one of them being mine) had 1 upvote.

Then, when I saved my edit (a couple of minutes later) I saw 50 in the achievements, instantly. When I checked what could be that I saw that the upvotes came from the answer I just edited: the question has now 10 upvotes, and the answers have now 4, 7 and 5 upvotes respectively. That seems to be impossible.

Here is the screenshot (with the compulsory red freehand) in case the system fixes the bug (or revert the votes if this is a voting ring): 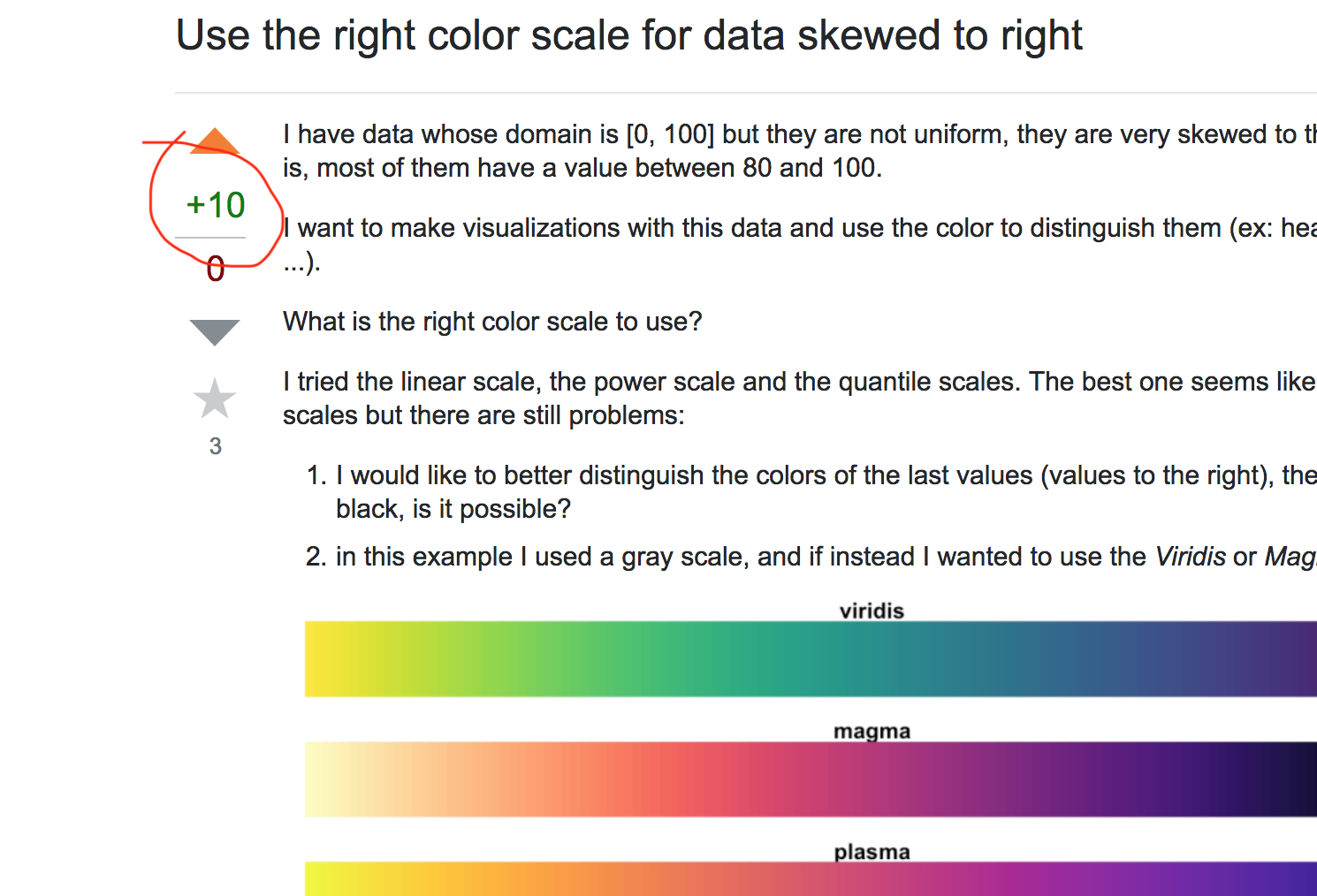 PS: as an additional information, at the same time the upvotes appeared one of the answers was accepted. It was not accepted 2 minutes before.

Not a bug. The question did in fact gain an upvote once nearly every 10 seconds or less while you were editing your answer. The corresponding reputation changes on the asker's profile show this.

If this is extremely unusual for a d3.js question, we'll keep an eye out. But the fact that you yourself were earlier lamenting how the question wasn't getting any upvotes despite ticking all the boxes might have motivated some of the votes.

7
How did this question get so many views?

4
Editing undeleted answer on the cusp of 5 minutes creates new answer
28
How'd an empty edit make it into the revision history?
123
Can we downvote "down-vote" and "up-vote" in the Help Center?