Massive downvotes are demoralizing. Can we make the downvote button on meta disappear so that people don't get afraid to ask more questions about the site?

As community is not in favour of making meta anonymous (Make posting on meta anonymous for some period to increase objectivity), may be removing downvote button can help? Thoughts?

There's many ways to say any given thing, this includes saying things like That's .. not a very good idea. A lack of up-votes could, certainly, have the same net effect as a bunch of down-votes - the idea never gains enough forward momentum to even get close to implementation.

But would it really be nicer? - I tend to think .. no. Giving people a means to actively disagree with something without requiring them to type words into text boxes keeps words from being angrily typed into text boxes. I think you can see where I'm going here, it would actually be worse by orders of magnitude.

I think feature requests, or ideas that are more than trivially transformative to the way that the site works are always going to need a yay or nay mechanism. That's the biggest reason why there's no concept of negative reputation on meta sites, yet down-votes still exist. Kendra gave a really good explanation of why that is in her answer.

For bugs, we'll eventually need to move to a more robust bug tracking system because relying on just using a tag isn't working, and we need to take a stronger look at what's actually useful as signal from others in the community. For bugs, this basically boils down to "Me too! I can make this happen too, and it's not supposed to happen!" It needs to be on us to handle duplicates / merging / etc.

For support, we'll eventually make the help center a bit more robust, and funnel people that still feel lost to us directly, so we have / take full responsibility for their experience.

So in short, we've probably reached the point where (at least for Stack Overflow) "meta" as we know it just isn't fitting the need on its own. We've got no immediate plans to make any changes, but we know we're going to need to make them, and likely make them this year.

Once we strip the use down to just what upside down Q&A meta is really good at doing (feature requests) and kinda good at doing (discussion of site policies), we can look at how we present the concept of disagreement in the system itself, and make it a bit less like: 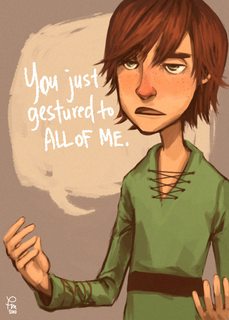 However, identifying consensus for any given thing can be quite difficult even with down votes active and visible, so anything we do can't make that worse. A bit complaint about just reading meta is it's difficult to know what discussions actually resulted in policy that's actively enforced on the site.

It is a problem, and we can't ignore that people aren't engaging because feelings are being hurt (or at least the perception that they probably will be can't be discounted). But the path to fixing that really begins with less duct tape, not more :)

See comments anywhere on the network for good examples of why this is a horrible idea, even just for Meta.

Do you disagree with any of the comments? Feel like they're poor comments? Well, too bad. Can't downvote them. They'll just get upvoted to oblivion, and everyone will assume they're good comments that everyone else likes! This is why the downvote button is important.

Someone's posted a feature request that is horrendous and will ruin the site! It's being upvoted by people who don't understand the ramifications, despite comments and answers that explain as much!

... Too bad. Can't downvote it. Instead, it just looks like everyone loves the idea.

Oh no, someone's posted a horrible question that, while on topic, is of absolutely terrible quality!

... Too bad. Can't downvote it. Instead, it looks like a neutral question, maybe even a decent one if someone pity-upvotes it.

Feedback is now much more confusing to see at a glance. Well, there are 20 upvotes, but we have to scroll to the comment to see how many people disagree or find this post bad.

Overall, this may reduce "bad feelings", but it likely wouldn't. People would still argue and disagree in the comments, all that would be gone is one button and a potential "-" in front of the score. I honestly think this would only make the problem worse, as well as adding another element of pain to it for everyone else.

Not the answer you're looking for? Browse other questions tagged feature-request status-declined downvotes voting .

514
Why isn't it required to provide comments/feedback for downvotes, and why are proposals suggesting this so negatively received?
-32
Make posting on meta anonymous for some period to increase objectivity

109
Is it OK to downvote questions because of bad grammar?
66
Why fade out meta answers that have high down-vote count?
64
Can we incorporate what idownvotedbecau.se is trying to do?
25
How do I estimate downvotes' "efficiency"?
3
It is time to hide a user profile's total upvote/downvote count from public view