Should an aggressive reply on a question asking to go against ToC's be punished? [duplicate]

I'm not sure if this is the best place for this but here goes.

This question was recently asked on Stack Overflow (now deleted). The question was about how to download an IPA from an iPhone to a computer. I asked why as it seemed to be a bit dodgy. The reply was along the lines of "I want to modify it for personal use".

After this reply, I responded with a simple "That's probably against the app's (or appstore's) terms and conditions (ToC's)" to which I was met with a hostile response (see picture below). The question was deleted before I could flag it. 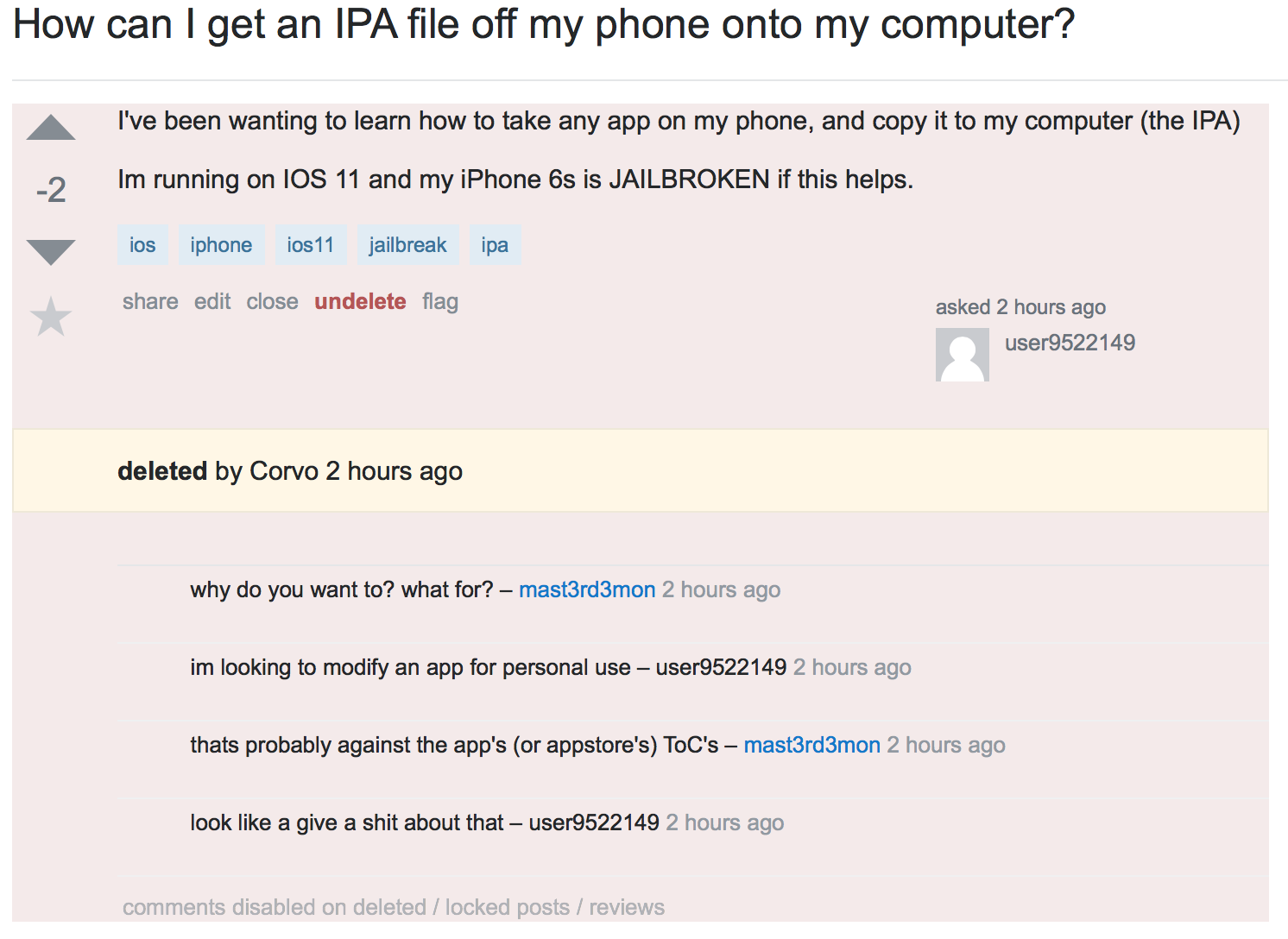 The question was about going against ToC's of the app/appstore and the user clearly didn't seem to care.

My question is, should this behavior be punished?

The reply contains some profanity, so you could flag it as "No longer needed", as it really adds nothing to the question.
I personally wouldn't choose for "Rude / Abusive", since it's not that bad, but it has to be deleted.

The question itself was extremely poorly written, off topic, and in general shouldn't be on SO. If the user hadn't deleted it himself, it would've been a good idea to close-vote (/down / delete-vote) it.

But now that both the question and the account are deleted: _Shrug, case closed.

34
Should questions that violate API Terms of Service be flagged?
77
How do we handle questions that are potentially or blatantly illegal or malicious?
51
Why do comment flags sometimes take immediate effect?

6
Should a question be closed if it conforms to the precedent set by a popular question?
25
Should off-topic tags be added to questions?
4
Hard deleting accidental answers within a timeframe to avoid bounty penalties
3
Why wasn't this question deleted?
45
How to reply to a comment asking you to write code?
16
Is an answer calling for downvotes against the question Rude?