What are some statistics around the number of users who have a positive question record?

This is probably one of the most brutal queries to write (since I as a mere mortal don't have access to two missing variables), and point(s) I wish to make related to this rely on a high degree of accuracy, so I appeal to those who have this knowledge.

What are some statistics around users who have and maintain a positive question record? Specifically, I'm interested in:

I've been meaning to look back at asking record and whether it's a useful statistic. To be perfectly honest, we concocted it as check to prevent very prolific, but not terribly useful askers from getting badges for asking. It's purposely a high bar to clear since it triple counts negative signal:

I graphed the total number of users within various asking record bins (left side) and the same thing for users with at least five questions (right side): 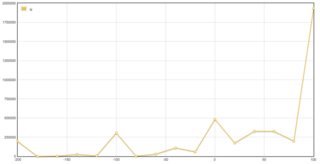 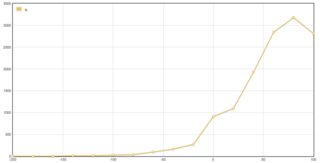 I multiplied the asking records by 100 to make binning easier. You can see noticable spikes at -200, -100, 0 and +100. That's because those are the only scores an asker of just one question can have. By the time an asker has 5 questions, they will likely have a non-integer record. If you click on the images, you can get a full-sized version of either graph. The median user has an asking record of 81 and the average user has 41. Again, the statistic is skewed toward lower scores. 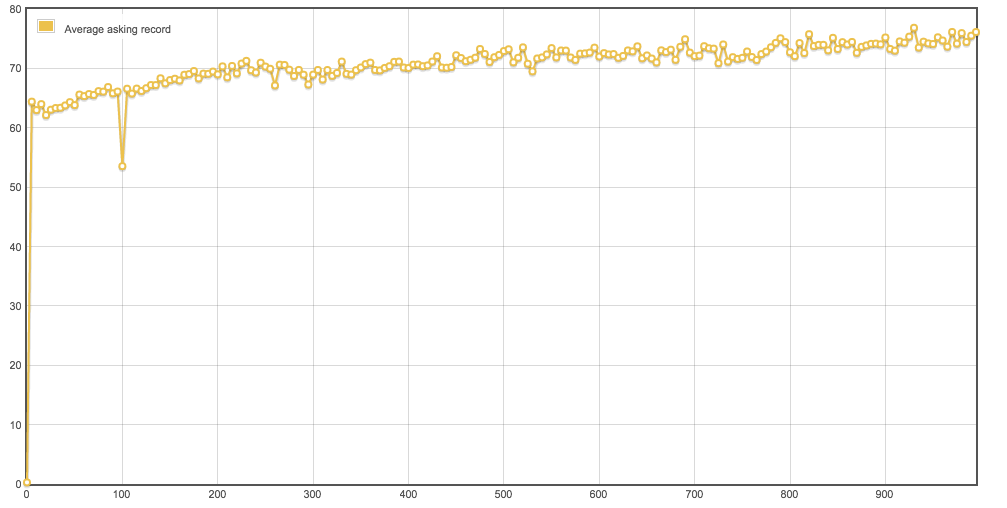 The dip at 100 is because of users who get the association bonus. It's not that these users are bad at asking. Rather it's because many have asked questions and not been given an upvote to increase their reputation. I cut the graph at 1k reputation because it gets pretty noisy beyond that. But the general trend is for higher reputation users to have better asking records.

Now looking at core of your question. How do asking records vary by hour of the (UTC) day? 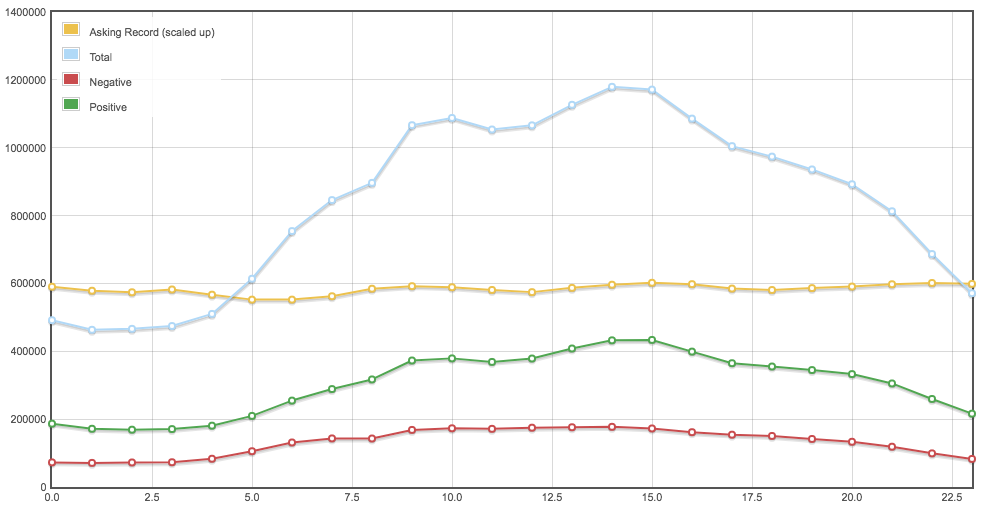 The maximum question asking rate is at about 1400 UTC when Europe, Africa and the Americas are awake. The other local maximum is at 1000 UTC when Europe, Africa and Asia are awake. I've graphed the count of questions with a positive and negative score to show that those lines follow the trend of the total questions asked line. Finally, I graphed a scaled up version of the asking record for each hour. As you can see, it does not fluctuate as much as the questions lines do. I don't know if the minor movements are statistically significant, but if there were signal, I would have expected it to be more noticable.

Unfortunately, I can't dig deeper today because of database maintenance. I have not yet answered your question which would require me to break out users by whether they have shown the ability to ask well-received questions over time. And this is further complicated by the fact that so many of our questions are asked by people who never ask a second question: 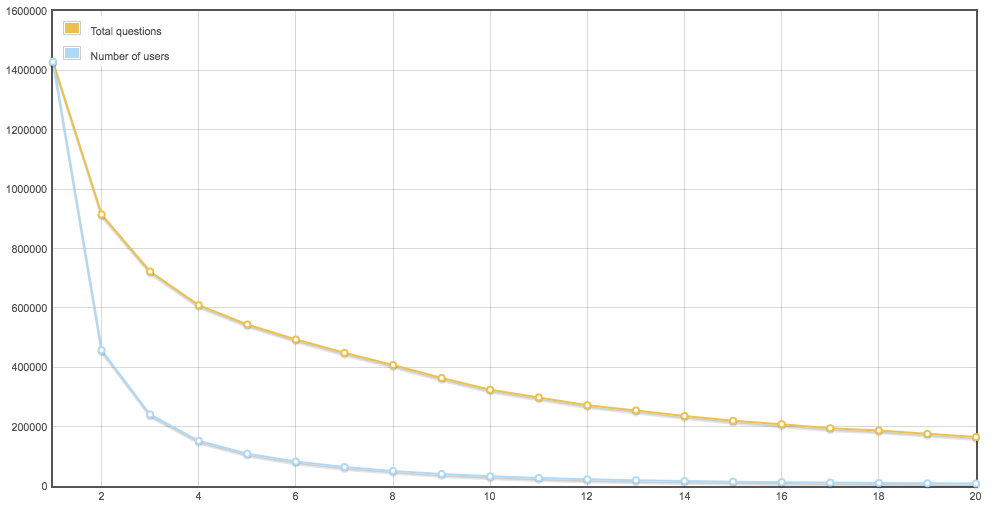 207
Ask a question template v1 experiment results
200
What's the meaning of "well-received question" and of "maintaining" a question?
38
What is a reasonable length of time to give for a poor question to be improved before voting to delete?
7
Is there any way to know when Stack Overflow users are being the most active?
-13
Is it just me, or are there always a lot of new accounts with a name, a picture of them and little to no reputation?

27
Are there statistics on the percentage of users over time, that are high reputation/high answer to question ratio?
41
Do we have any statistics on the number of questions that are abandoned during writing?
10
Could we have some statistics on duplicate questions which are then deleted?
3
Why are failed review audits not offset by positive track record?