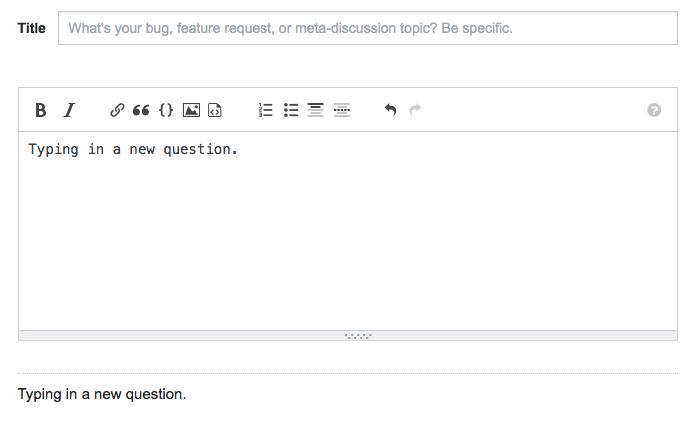 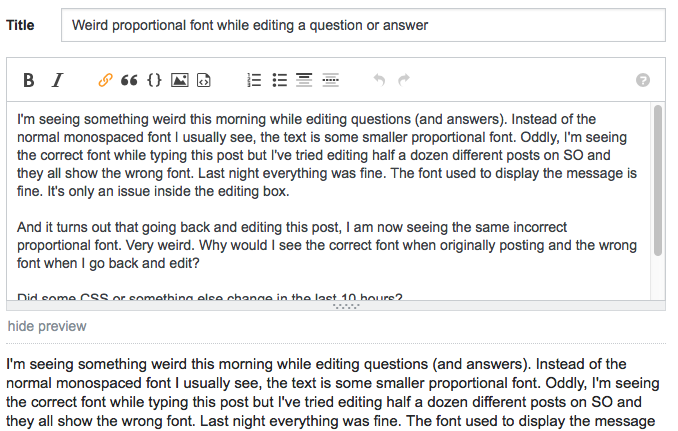 6
Why does body text all appear bold on macOS in Safari?
2
Typing out nicely formatted code on a cellphone is a far more awkward experience on the responsive UI than the old mobile site was