[I am just curious & discussion only question]

I was checking my summary page & seeing a pattern of votes stoppage just before some milestone (badge like Nice Question, Good Question, Nice Answer). 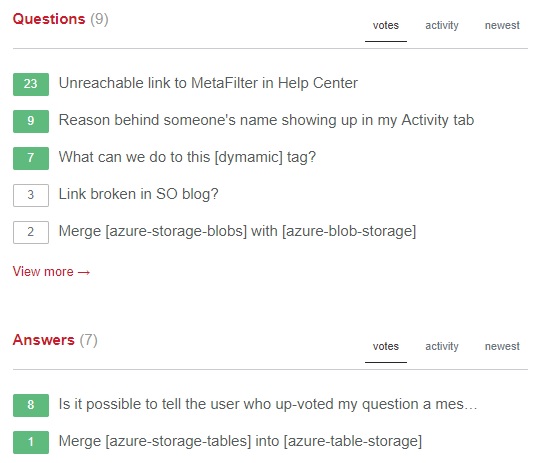 Is this intentional - people stop voting further because they think otherwise about awarding badge?

Or should I wait for it to reach certain vote count before accepting answers? (as people may hit more towards unanswered questions)

I doubt that they're voting the way they are to prevent you from getting a badge.

There was a post a while ago (that's proving very difficult to find) that discussed how voting tends to stop once the community "decides" that the score of a question/answer is adequate; even if that's not how voting is supposed to work.

I have to admit, I've done this before. I'll see a decent question, but because of when it was posted, it has like 10 up votes. I'll look it over, and think "it's good, but 10s getting a little excessive", and I won't vote for it. I know that's wrong, but I suspect that it's widespread. I have no evidence that it's commonplace, but if I've thought of voting this way before, I have my doubts that I'm the only one.

As an alternative explanation, it could also have to do with timing of the post, and who views it.

When you first post, your question will have a rush of activity from people browsing new questions, and they'll vote as they see fit. Once the rush dies down though, voting will slow, and eventually stop. Once you've been buried by new posts, the only people who will see your post after that are people browsing the tags of your question, or later, people who found your question on Google. If you use unpopular tags, and ask rarely searched questions, your question's final score would be whatever it was when the attention died down.

Or, it's could be because the score had some artificial significance. I have a challenge on PPCG to convert times between 12 and 24 formats. It got stuck on a score of 24 for a while. I can only speculate why that's where it stopped, but it was pretty obvious to me at the time.

161
Should we peer review questions before publishing them?
3
Stopping Duplicate Question Across Sites?
29
Should we be able to flag suggested edits?
115
Can we blow away some of the Tumbleweeds?
30
A step towards stopping spammers
167
I gamify Stack Overflow; I'm a rep-aholic. How do I stop?