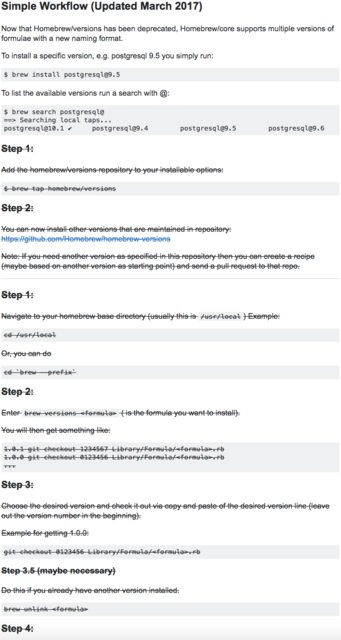 Deleting text is (at least to me) much easier than crossing it out (because you have to add [seldom used] strikethrough formatting).

So changing strikethrough to deletion is equivalent to inferring/guessing said reason and deciding it is bad/unjustified and/or better served some other way.

19
Can we keep the good results to an off topic question on the site?
37
Where shall we let the community update Xcode download locations?
215
xspdf.com uses Stack Overflow content to get traffic and how to block it in search engines
410
Introducing Outdated Answers project
19
How to reference material written by others - clarification