So this has been on my mind for quite a few days now, and I can't seem to figure out how this is a thing, and what the thought process behind this is.

I enjoy going around Stack Overflow flagging posts to make the community better. After some time I started noticing that there are multiple ways of marking a duplicate question.

As you can see this is the first modal that opens up when you click the flag button. 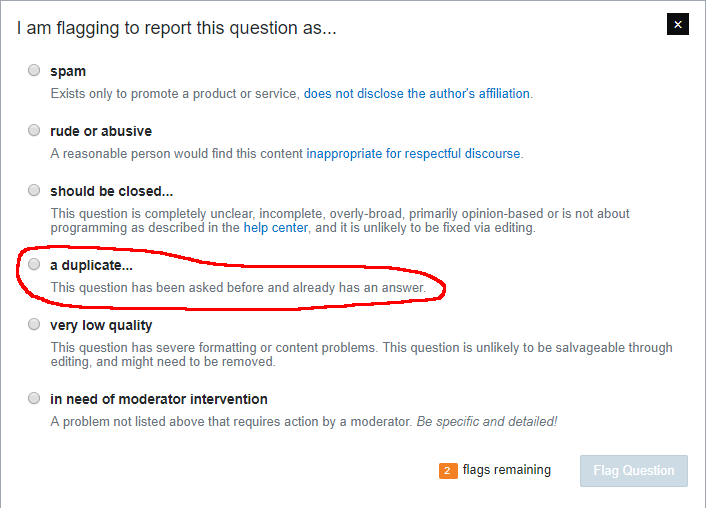 As you see the 4th option is a duplicate..., and can be used to mark a question as such.

Let's take a look at the description of should be closed...:

This question is completely unclear, incomplete, overly-broad, primarily opinion-based or is not about programming as described in the help center, and it is unlikely to be fixed via editing.

If you click on should be closed... a new modal dialog opens: 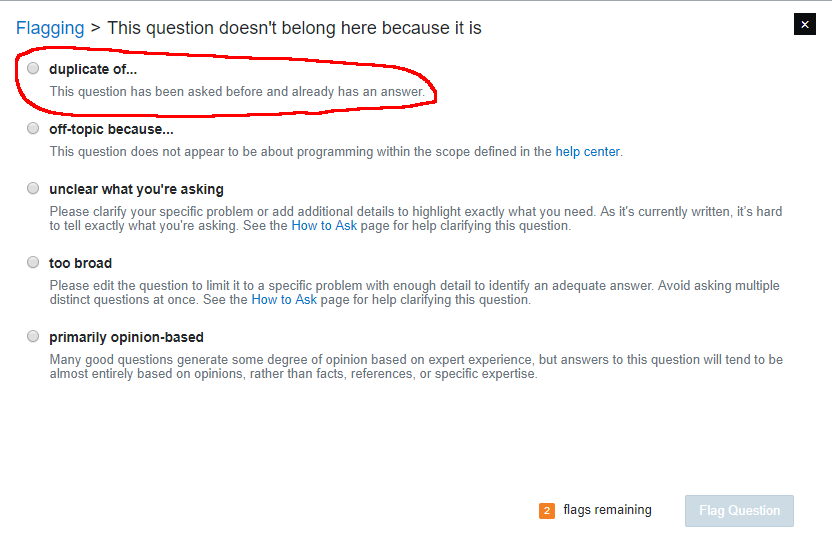 As you can read, all of the options match the description of what should be closed... is about ... except for the duplicate of... option.

So, what is the exact thought process behind the 2 duplicate options in this flagging system? And why is it not in the description of the should be closed... option?

This is not a mistake. When you earn 3k reputation and get the privilege to close, you get a "close" link next to the "flag" link which allows you to vote to close a question, which is the one 3k users usually use to vote to close questions, including as duplicates:

This flag brings up a list of reasons for why the question should be closed, which is exactly the same as the Flag -> Should be closed dialog except that it allows you to vote to close directly instead of just flagging: 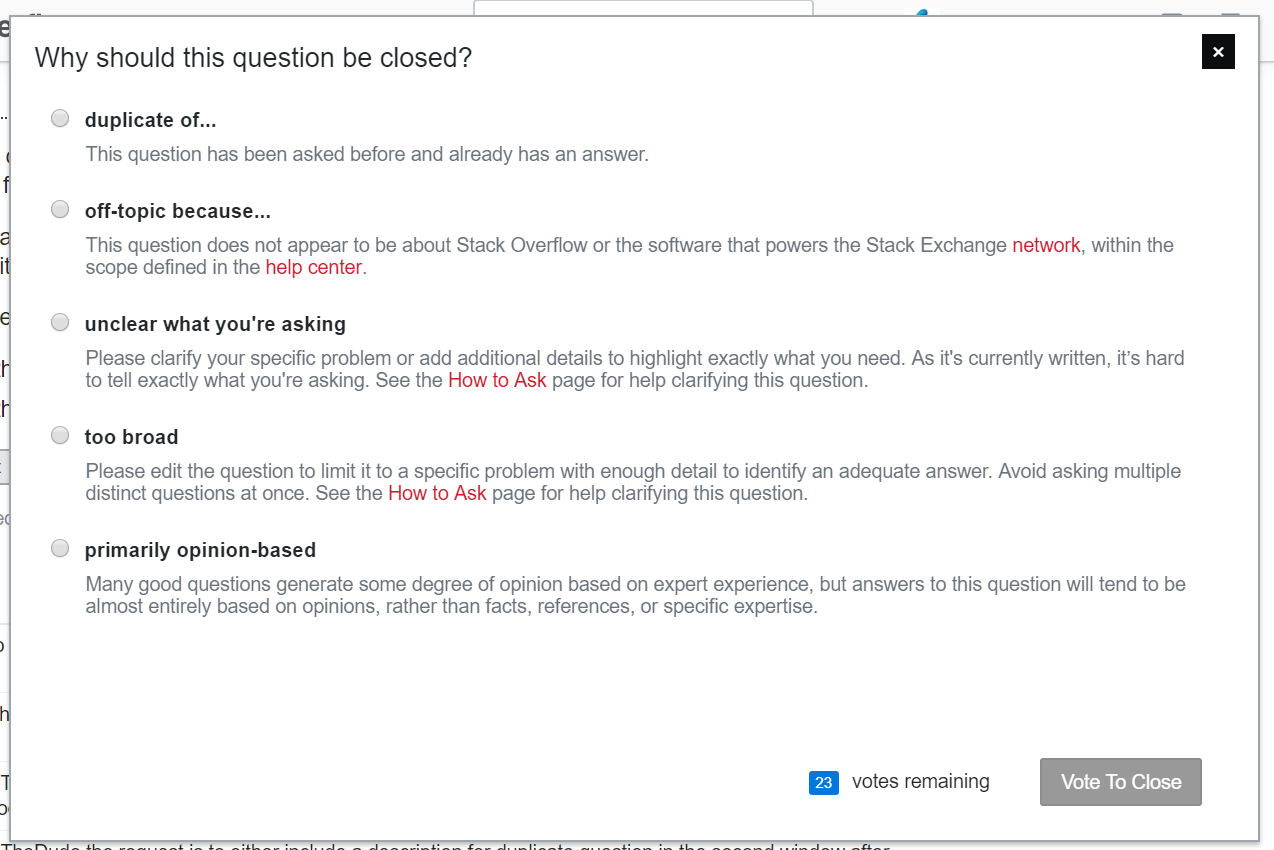 The "duplicate" option is there because closing as duplicates works just like closing questions that don't belong on the site: it takes 5 users to close a question as a duplicate, 5 users to reopen it, and you can't post answers to duplicates.

I would guess that the duplicate option is also present directly in the flag dialog to make flagging as a duplicate more intuitive because as you say, duplicates don't match the description of "should be closed", so that option could be difficult to find for new users otherwise.

And for the description of "should be closed", the duplicate option is already there in the same dialog so there isn't really any need to make it include the duplicate reason.

So the "duplicate" option is actually a part of "should be closed", but there is a shortcut to it directly in the flag dialog to make it easier to find.

Not the answer you're looking for? Browse other questions tagged support feature-request flags duplicate-questions .

6
Requirements for flag to close option to appear?
19
Two different duplicate flags?
13
Why was this custom flag declined when there is no VLQ option?
7
Add duplicate modal does not get focus and does not accept Enter