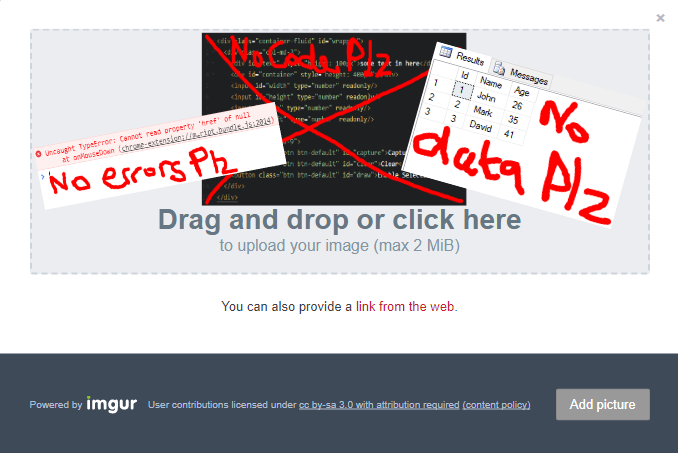 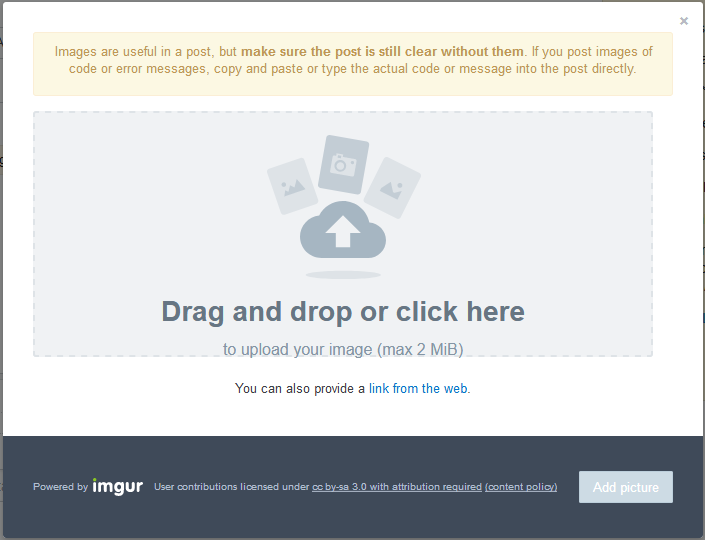 523
Discourage screenshots of code and/or errors
120
Is idownvotedbecau.se recommended?
102
Where are new users supposed to learn that they should show code and error messages as text, not as images?
76
Why *do* people post code as images?
103
Raise / Remove reputation limit for showing "Do not upload code screenshots" message
139
Raise the amount of reputation needed to stop seeing the warning on the image upload dialog
138
Better support for sample data and perhaps table schemas in SQL questions
129
Include "Don't post images of code" in the guide
-1
Should we ban link only comments to idownvotedbecau.se?
15
Help center entry explaining how to post code or error messages
See more linked questions