why can't I see the original question link in this duplicate? [duplicate]

Ask Question
Asked 2 years, 7 months ago
Active 2 years, 3 months ago
Viewed 96 times
4
This question already has an answer here:
Question is closed as duplicate but there's no link to the duplicate (1 answer)
Closed 2 years ago. 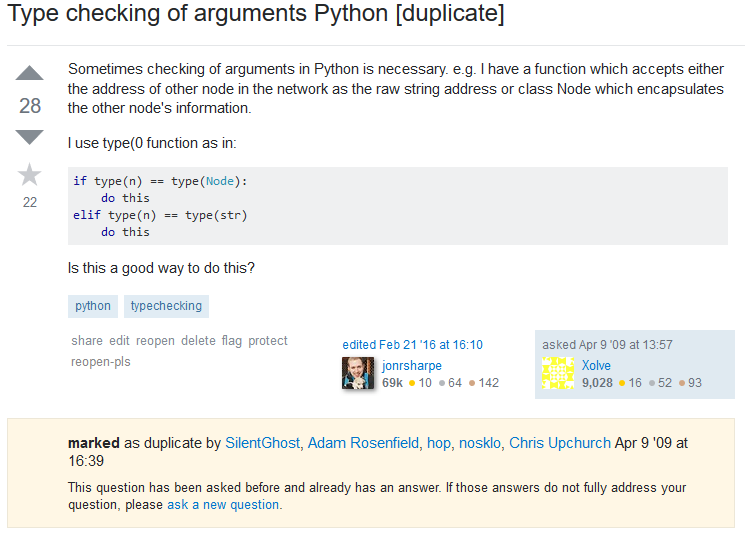 it's marked as duplicate, but duplicate of what? the upper duplicate banner is missing. Migration issue? Old question?

EDIT: in the meanwhile, Josh reinstated the original info, then I could hammer reopen then close, fixing the banner for good (okay, now I cannot reopen to answer...)

The banner being a separate element at the top was site functionality added sometime after this question was closed.

Prior to that time, a pseudo-banner would be added as text to the question body (sometimes manually by users, if you go back far enough). In this case, it was removed sometime last year. I assume the editor thought that the new automatic banner would be added.

I've rolled back the edit to restore the pseudo-banner. The better solution would be for a gold badger to re-open and re-close the question. Although this would change the timestamp, it would fix the banner.

Not the answer you're looking for? Browse other questions tagged support duplicate-questions .