Should answers to trivial questions be avoided?

Recently, I posted an answer to this question which was promptly downvoted. This led me wondering: Should trivial questions be ignored? Clearly if you're getting downvoted, that means someone disagrees with your answer.
(this is my first meta post; tell me if I'm not doing it right)

Image of question and answer (as it has been closed and may not be visible to all): 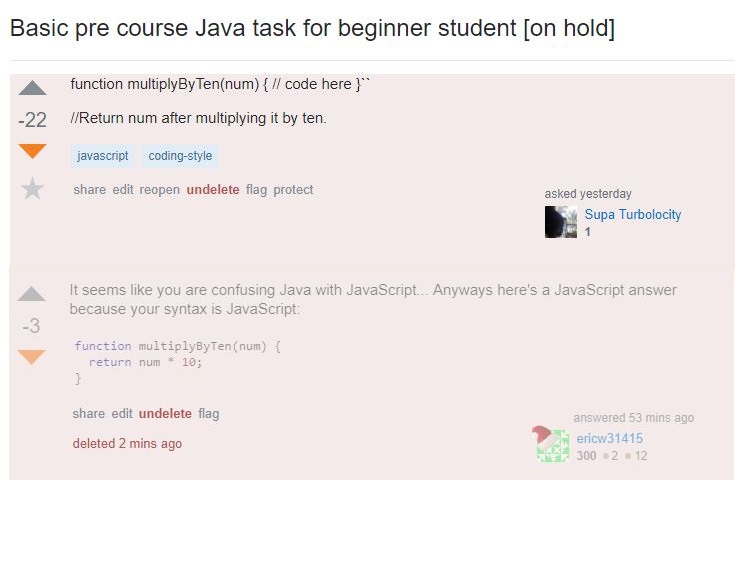 First full disclosure: I'm an involved party in this question, as I'm one of several who down-voted the original poster's Stack Overflow answer, but I'm the only one who left a comment.

It is relevant that the question was not just low-quality, but extremely low quality, but that's not the main reason that I downvoted the answer, since we all have seen some simply amazing answers to seemingly trivial questions, but not here.

The real reason for my downvote was that the answer was little more than a code dump with no explanation whatsoever, and that in my book does warrant a downvote. In my mind, the whole benefit of Q/A is how well it should help future visitors to this site with similar problems. If the question is of such low quality that it does not help future visitors, close it, don't answer it, but if you do answer it, it still needs to be a good answer, and the merits of the answer are still judged the same as any other answer.

In fact, as Josh Caswell mentioned in comment, answers to such trivial questions should be much better than the average answer, if only to convince members to not close and delete the question and to give that particular Q/A some merit and benefit to the community.

Trivial questions certainly deserve answers in my opinion. Some of the most read questions are pretty trivial, and sometimes only a few lines long.

Note, however, that both asking and answering a trivial question is very hard.

You may ask a trivial question if:

When answering a question that meets all these criteria (after checking for duplicates), make sure to post a thorough answer. Since the answer is trivial, a lot of people can probably answer it. Don't just state the obvious in a short section of code, but try to explain why and how, and evaluate multiple possibilities if there are a finite number of plausible answers.

Don't answer a question that should be closed! That sometimes keeps the roomba from auto-deleting it, sends a mixed message, and encourages the OP to post more similar questions (because he got his answer).

Each one of those reasons is a possible reason to close and not answer the question. All these things combined make the question of very low quality, and thus this question should be left downvoted, closed and unanswered.

Should trivial questions be ignored?

No. But answering is the wrong reaction. You can tell the OP what's wrong in a comment, and flag that question to be closed properly.

151
Could some bad questions be avoided with additional prompting?
4
Recourse if someone answers your dumb question?
5
Confused about low-quality answers
4
What happens when you delete a question or an answer?
28
Should these identical questions with identical answers be merged?
23
Should "duplicate" and "closed" attributes be added to the answer log in user profile?
28
Do good answers require an explanation?