What can I do to avoid edit collisions that leave a post in a bad state?

Just before I left my computer yesterday, I saw this question. At the time that I viewed the question, no edits had been made to it. The question had all of the user's code as plain text so I made a quick edit to put the code in a code sample. I then entered the edit summary and clicked submit. Upon submitting, I saw that another user had made edits (which is what the question currently looks like). I didn't think anything of it, and went ahead and left my computer.

Today however, I discovered that my edit was still submitted as a suggestion and rejected, despite the other user's edit. Upon looking at my edit, 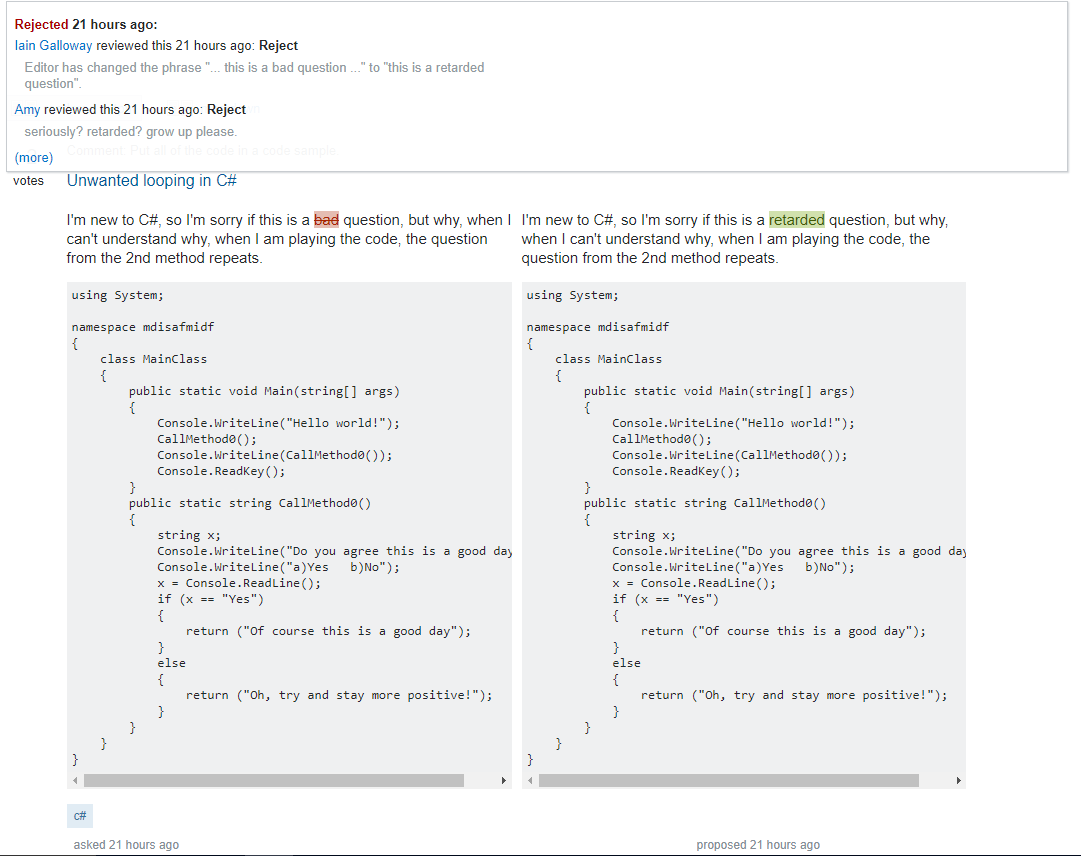 it appears that my suggested edit must have come a few seconds after the current edit, because it shows my edit in comparison to the current edit rather than in comparison to the original post. As you will see in the picture, this produced a rather unfortunate result. Apparently the original post contained the highlighted word and the current edit had changed it to a different word. I didn't notice this when I made the original edit, as I was only attempting to put the code in a code sample for better readability. I read this post, which would suggest that if I know the correct edit, I should make it. However the correct edit had already been made. It doesn't appear that you can revoke your own suggested edits (nor did I even think to when I saw the current edits), so my question is,

What can I do to avoid this situation in the future?

7
How to act when I disagree with the rejection of my suggested edit?
2
Edits happening while another Suggested Edit is in the queue
1
Rejected edit that does not change the intent, but reviewers say it does
38
Rejected rollback edit suggestion
3
Is there anyway I can undo "Rejecting" a helpful suggested edit to my post?
6
Edit approved when I requested it not be