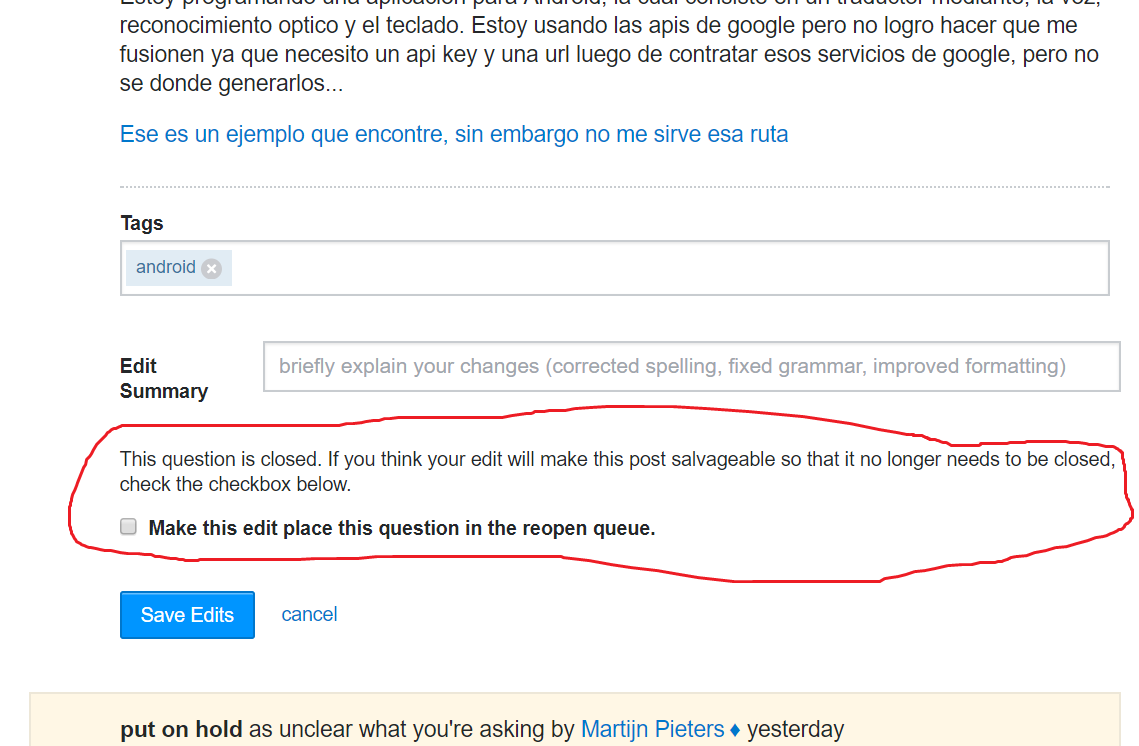 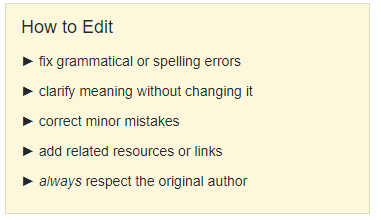 13
Prevent minor and invalid edits better
37
Which edits push closed questions to the reopen review queue?
3
Message writer of well meaning but unnaceptable edits
61
Tag-removal-only edits shouldn't send closed questions to the Reopen Review queue
1
Edits happening while another Suggested Edit is in the queue
19
Simultaneous editing (exact same timestamp) - no warning when overwriting other edit
27
Can I trust that questions have been closed correctly when reviewing in the reopen queue?