This question is marked as duplicate but of which?

Recently, I came across this question which is marked as duplicate of another question, but I don't see it.

Here is a screenshot. 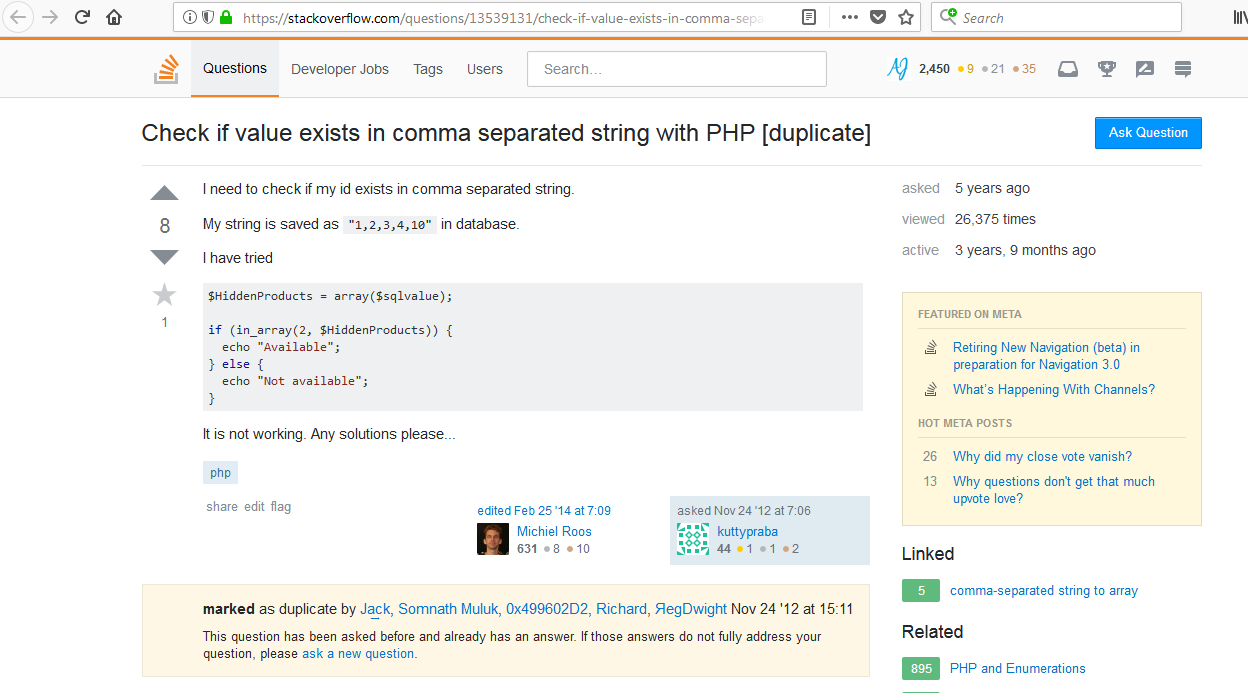 We don't see the link to the duplicate question at the top of the question like this one here. 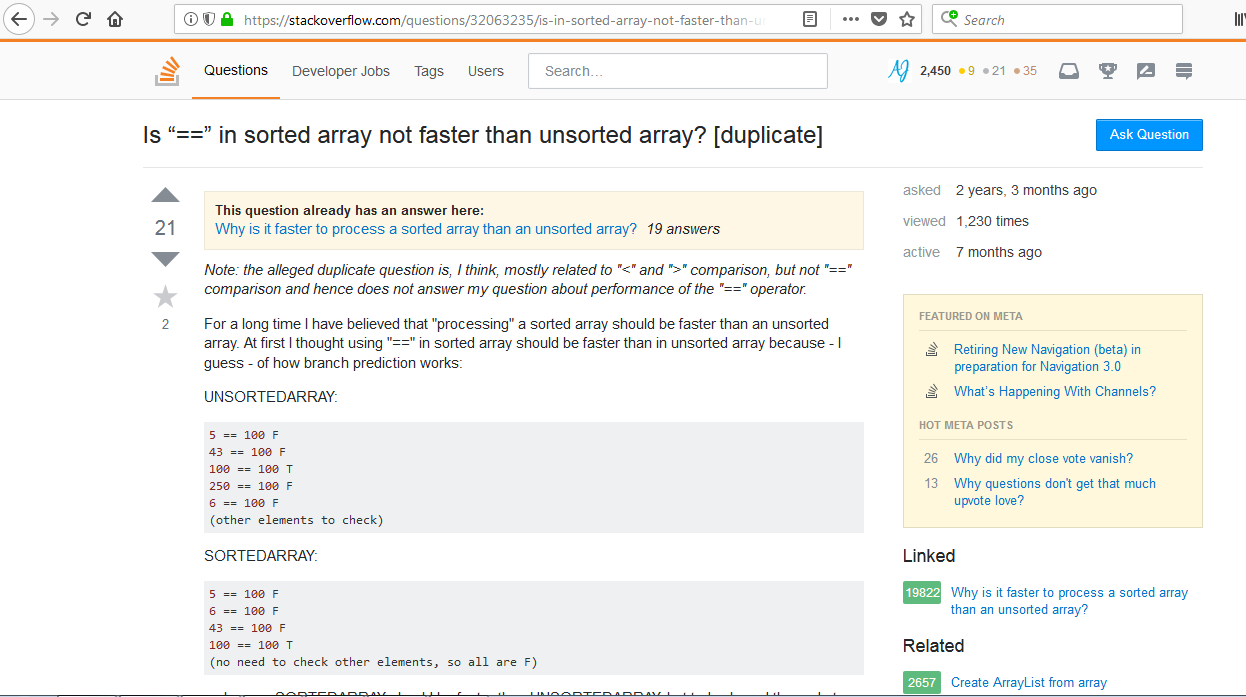 Is this a bug or something I am not aware of?

This answer tells that a duplicate note is inserted in the post. The post mentioned in the linked question is gone now.

However, it wasn't present in this one, so it created the confusion and nobody really checks the revision history to find the duplicate.

It was an exact duplicate of http://stackoverflow.com/questions/2322505/comma-separated-string-to-array

Fast-forward to 2014, when a user (who was presumably trying to be helpful) thought it was incorrect clutter and removed the duplicate notice. That user commented,

The problem is that the user's edit didn't reopen the question or even count as a vote to do so. It just made the question confusing, as you've pointed out.

I went ahead and reclosed it properly.

Not the answer you're looking for? Browse other questions tagged bug status-bydesign duplicate-questions .