Last night I received an email alert stating that there was a job in my location. To be honest I was shocked, there has literally never been a job that has triggered this email alert!

I was even more shocked to discover that the job being offered was a developer job for a multi national stock trading company in Bala: 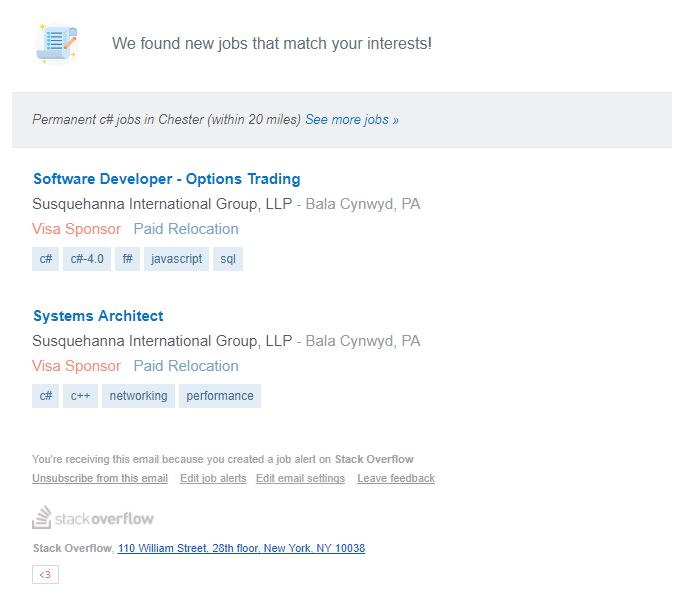 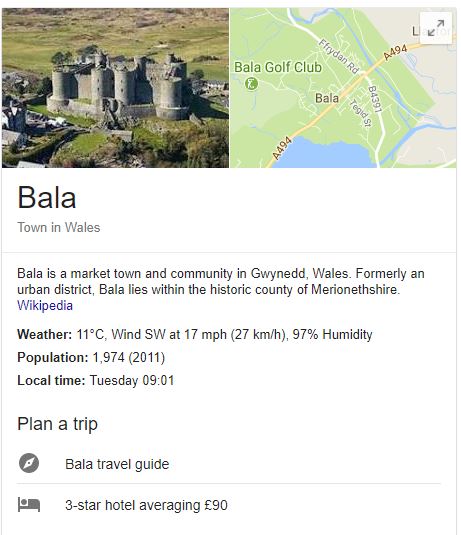 I actually genuinely thought for a while that this job was in Bala North Wales (it was early in the morning).

I spent a while reading the spec and then I decided that something didn't add up here. I actually had to Google the company to figure out that this was actually offering a job in a place called Bala Cynwyd (Obviously founded by Welsh settlers this one) which is a district of Philadelphia in Pennsylvania... USA!

Now the job sounded interesting but that's quite some commute

*and I thought London was bad :)

The location does state Bala Cynwyd, PA in the email and on the job itself.

I'm guessing it's not just user error (though that would be annoying in itself) as the email does state PA.

So, the problem stems from that your search for Chester resolved to Chester, PA which is only 22 miles from Bala Cynwyd, PA. That likely happened because when we processed the alerts and geo-coded Chester it only had the server's IP address (which would be located in the US) to use as a region hint.

I've just updated the code to make sure it uses the country code associated with your home location (GB in your case) falling back to wherever you last logged on from.

202
Why is "looking for a job" so obsessed with London?

9
Searching by zip code loses zip code after postback
202
Why is "looking for a job" so obsessed with London?
105
We need to warn "people you'll work with" that their pics, names, and location are used on public ads
6
Can you change the jobs advert to include more contextual information on the location, such as postcode?
38
Do not create recent searches for intermediate search steps in Jobs
3
Inconsistent search results for job alerts
4
No job alerts via email