I have gone through this question: Can we add a reputation penalty to comments that are removed for being Rude or Abusive?

My concern is if a comment is removed for being rude or abusive, there should some penalty for people so they won't violate this being nice policy.

Here the scenario is: This user just copied the whole code from the first answer and just changed a few lines of those which will cause a NullPointerException to the OP. This will misguide OP and waste his time. When I tried to ask him for the same he became rude and edited his answer as he knew he was wrong. He should be thankful for pointing out his major issue of code. What he did was rude.

I pointed out that he was not giving the right information. But now I feel it's better to keep quiet and stay away from a user like this. 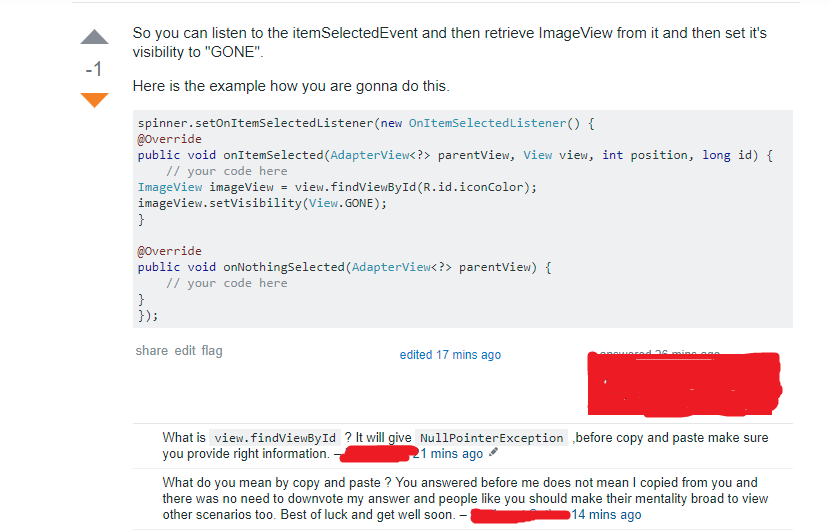 From the image we can see that I was pointing in the right direction. My intention is give the right information to the OP. 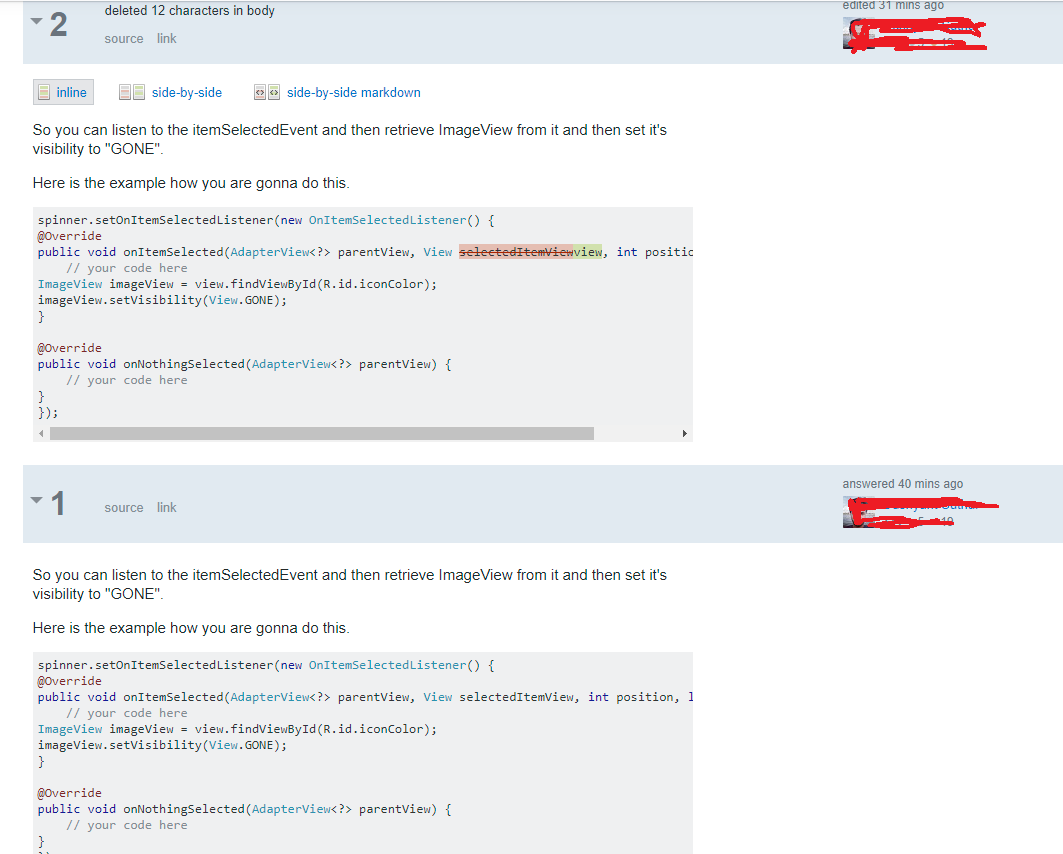 As mentioned in the comments, the appropriate course of action is to flag the comments which are rude/abusive. If there are other problems occurring use the custom moderator flag to explain the situation.

A single downvote is impossible to prove it came from the user unless they admit it, you will have to brush it off.

My Concern is If a comment is removed for being rude or abusive, there should some penalty for people so they won't violate this being nice policy.

This is already handled by moderators. If there is a pattern or if the case requires it moderators can suspend the user account or impose a rep penalty on the user.

Not the answer you're looking for? Browse other questions tagged feature-request comments reputation offensive .

64
Please notify users when their comment is deleted
19
Flag a post (question or answer) as "offensive, abusive, or hate speech", or use a custom flag?
31
Comment deletion process
160
Can I have a dump of rude/abusive comments?
40
Why was my comment removed from this question?
333
Allow users to view flagged comments
64
Am I being too rude suggesting the OP to ask their boss for clarification and not to ask the same question twice