Some titles too large in Chrome

On Google Chrome 61.0.3163.98 under Android (that's the most recent version from Google Play), several tabs and some lists have a disproportionately large font. For example, the favorites tab in the profile shows as 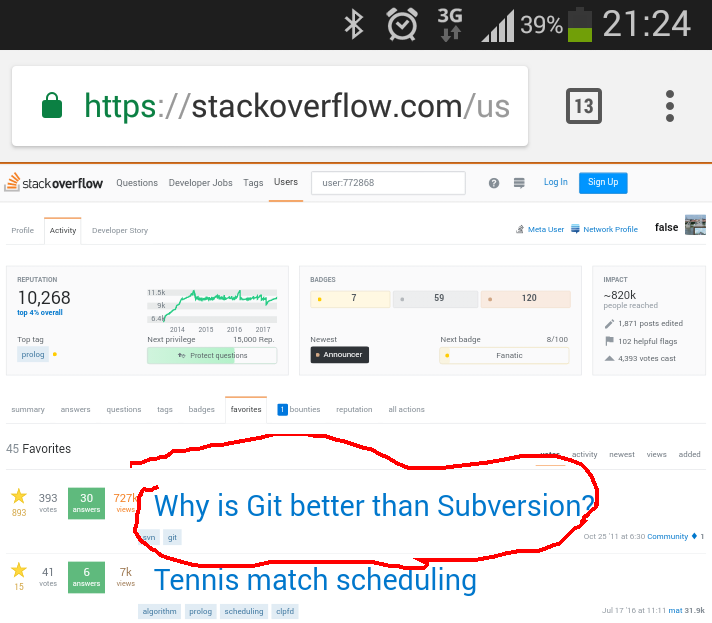 whereas Chromium 37.0 and 62.0 (Linux) both show the titles in the expected size:

Some tabs have this problem, some do not have it:

1
Mostly no hovering of full site with mobile Firefox

13
How to find updated “favorited” questions
5
Can I change the main font for SO? (Text readability)
8
Different code display on mobile Safari and desktop Chrome?
24
Questions list now improperly fit the home page
34
Are “Featured” and “Bounties” different things?
7
Dark mode not working in the Developer Story