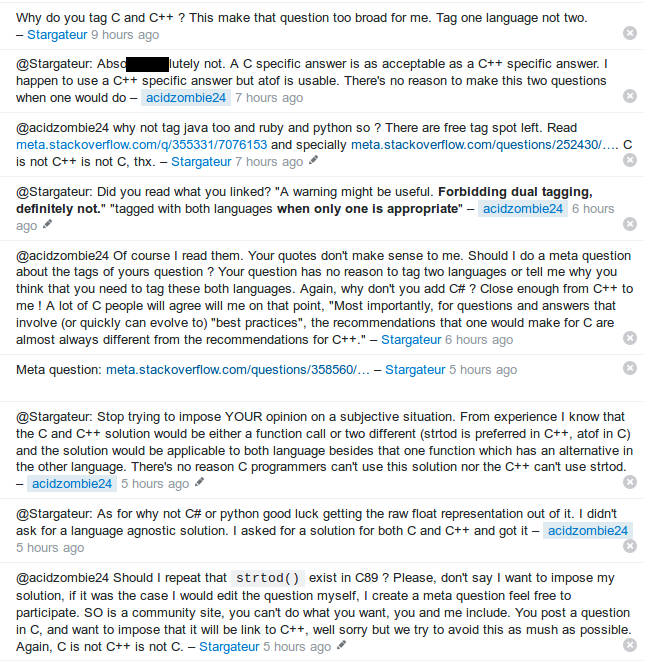 3
Can a question have both c# and vb.net tags when relevant to both?
2
Closed question via 5th vote, but incorrect close reason won 3-2
32
Regex question was closed as lacking details, but I think it was objective and clear
43
How should I behave with questions asked under a tag when they are in fact about something unrelated to this tag?