How is serial voting spread over a long period of time addressed? [duplicate]

I could be wrong but I suspect that somebody whose serial down-votes of a couple of my posts has now down-voted just one. Referencing the screenshot below you can see that just in the last couple of days, a couple of down-votes against questions of mine were reversed, but also one of the very same questions has since been individually down-voted. Also you can see I don't get very many questions down-voted -- in fact there are no others on the rest of the first page (besides the one indicated near the very bottom of the screenshot), one on the second page, and none on the third page, going back a year.

It could of course just be a coincidence that this latest down-vote came so soon after one on an identical question that got reversed. Still though, I'm interested in how such a scenario is addressed, if in fact the same user has come back to the same question to down-vote it, and perhaps intends on coming back maybe every day or every other day and possibly down-vote a dozen or more of my questions (or the questions of anybody else who might find themselves in such a scenario) in a month.

Is this recognizable as serial down-voting especially if by the same user whose down-votes were initially reversed, or possibly by a consistent IP address and therefore perhaps by a sock-puppet? Or even if not from the same-user/same-IP just a lot more down-votes against a user's questions than usual over a relatively short period of time, when a user's questions haven't even been down-voted a half-dozen times in a year for instance: is this recognized as serial down-voting? This question does not appear to answer my questions in the affirmative (in fact now upon closer reading of the answer it says such votes can be re-cast), and if not, are there or should there by any plans to address at least some of the scenarios I've described? 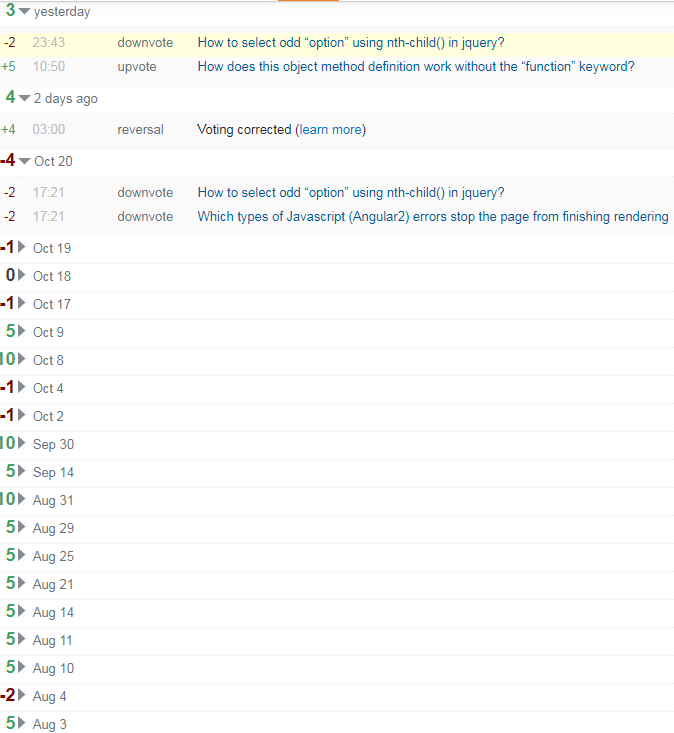 As far as I know there is no system level mechanism for automatically dealing with this.

You can however raise a moderator flag on one of your posts or write to the team at the "contact us" link at the foot of every page. Moderators can't see who voted for whom, so if anyone will be able to fix this, it'll be the staff.

On the flipside, you have to ask yourself if you care enough to pursue this getting fixed at all. That's a call you have to make.

204
Stealth revenge-downvoter: a downvote a day keeps the reversal-script away
28
When is serial upvoting worth flagging?