I think we should merge the tags vue.js and vuejs together. 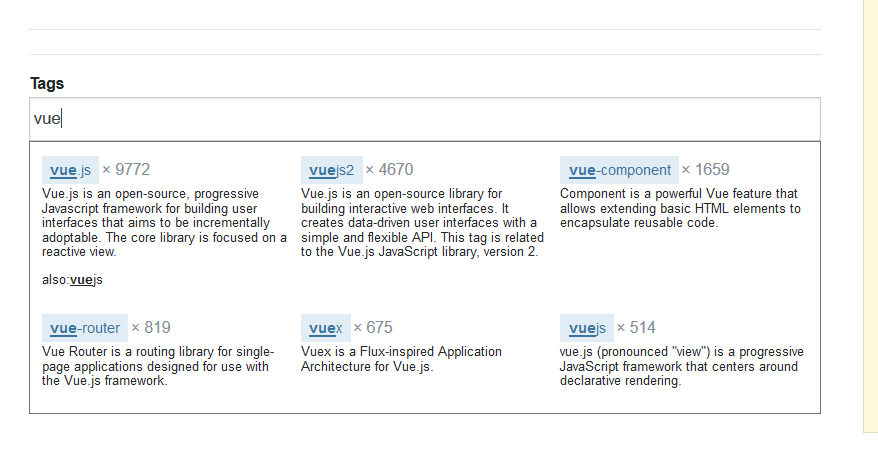 There is a vuejs2 for v2, but both the above point to the same version. So, I suggest we should merge them into vuejs as is the case for other popular libraries such as Angular, React, etc.

On second thought, I think both should be merged to just vue.

24
Merge [vuejs] into [vue.js]
514
Why isn't it required to provide comments/feedback for downvotes, and why are proposals suggesting this so negatively received?
82
A list of tag synonyms which are not proposed in Stack Overflow
6
Merge tags: [vuejs] [vue.js] [vuejs2] [vue2]