What is the current distribution of Stack Overflow reputation points?

Really just looking for the actual graph as an answer.
A sufficiently large random sampling of users is all that is required.

It should look something like this (if it's not unnaturally skewed).
If not, a further question might be, should SO rep points be bell curved? 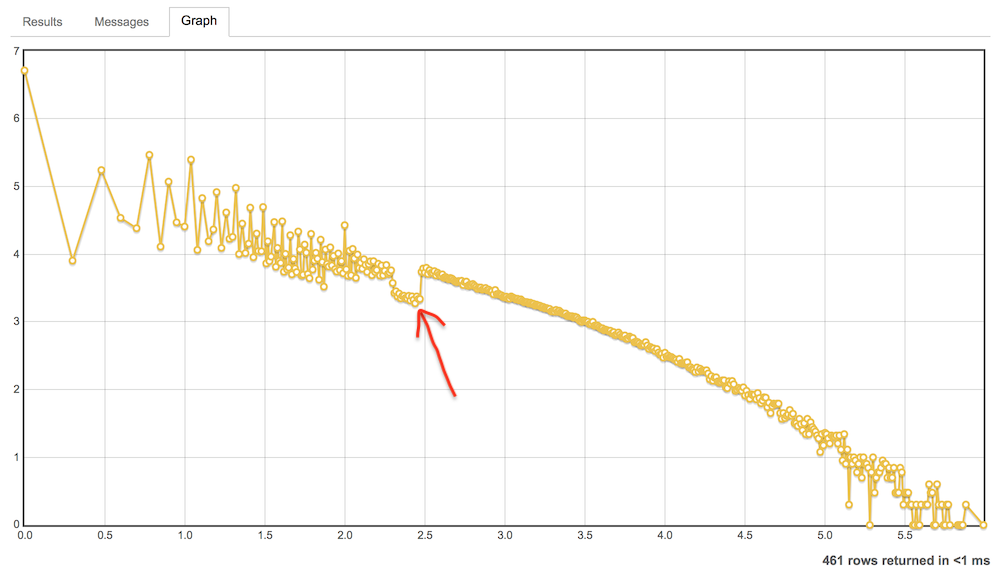 Also, required reading for those of you who believe have been taught everything can be modeled with Bell curves: The Black Swan: The Impact of the Highly Improbable by Nassim Nicholas Taleb. This is a striking example of something that's not limited by (bio)physics (like body length and life expectancy), and (like wealth in the real world) best described by a power-law distribution. Alternatively, read this Forbes article mentioned by @CodyGray in the comments.