Is defending and creating low-quality content a (disturbing) trend with high-rep users?

I've seen some weird stuff coming from high-rep users. I won't post identifying information to avoid invoking the Meta effect, but I'll try to sketch in broad terms what my concerns are.

In one case, a user with 100K+ rep upvoted (and took credit for doing so in a comment) a junk question that was later closed as "unclear" with -11 votes. I actually flagged the comment for moderation because I was concerned that the user's account had been hacked. The flag was marked "helpful".

In another case, a 15K+ user posted a question you'd expect from a brand new user in their first high school programming course. This question got a -9 score and 4 close votes before the asker deleted it.

This user has quite a few well-received and well-written questions, although the top question is a shameless request for opinions about competing libraries posted in 2015 which cannot be deleted because it serves as a dup-target. They post a lot of "which is better" opinion-based questions that get upvoted and fewer actual on-topic questions.

I try to uphold what I understand to be the guiding principle of Stack Overflow, where helping the asker is a worthwhile but ultimately secondary goal to building a long-lived resource for future users. To maintain quality, it is necessary to downvote and close questions that are low-quality using a simple criterion:

If someone else encountered a similar situation, would the contents of this question make it findable in a meaningful way, does it contain enough information for an average user with knowledge in its tags to understand the question, and is it written in a way that will attract answers of value?

My questions for Meta are (all related):

To be honest, you have it all figured out. Just a bit of fatigue, it is common among highly active users such as yourself.

As for your questions:

So, there you have it. I leave you with this: 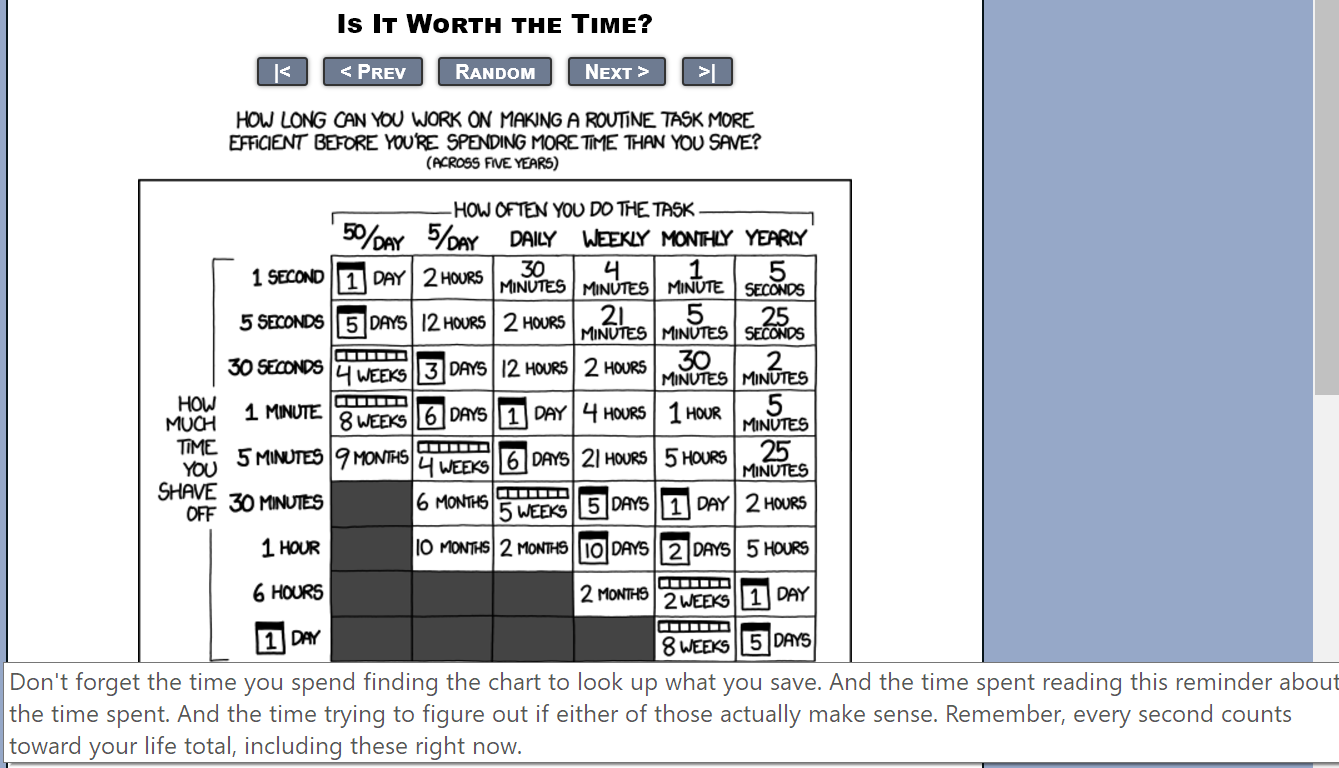 I wouldn't use a couple of users to indicate that this was a trend. From the start of the site, high-reputation users have occasionally disagreed about what constitutes interesting content or sometimes posted dubious questions. I see no evidence that this is getting worse, and the cases I've seen of this seem to be as infrequent as they were years ago.

To your examples, I don't see any abuse in the first one. A high-reputation user came across something they found interesting in a question others downvoted. This happens all the time, and I know that I've found things of interest in bad questions. It didn't really hurt anything, and the question was downvoted and deleted in the natural course of things. Your flag was marked as being helpful by the system when the question was deleted. I didn't see any other problems with this person.

The second case is trickier. There are a few users who were grandfathered in before the question ban existed, shotgunning enough questions that a handful got voted up to the point where they can never be banned by the system. They would have been banned had this safeguard existed back then, but now aren't. There are also people who just got lucky with their first few questions and are now using that to leave many bad ones.

Moderators have special warning messages and suspension reasons for people who continue to ask very low quality questions but can never be banned by the system. We have used these on many 10k+ users, so if a high-rep user is really abusing the site by dumping a series of irredeemably bad questions, let us know via a custom flag. We'll warn them first, but if they don't improve we may have to resort to lengthy account suspensions.

Again, I don't see any trends to indicate that high-reputation users are more tolerant of bad content today than in the past.

My post is mostly about the first case quoted by OP, i.e. a high-rep user who defended a "junk question".

It's actually quite simple: high reputation doesn't necessarily correlate strongly with involvement with the "janitorial side" of Stack Overflow.

Not all high-rep users participate in meta politics or share the "official" meta opinion about what "low quality content" is and how it must be handled, many are here just for the technical side of the things and don't care about the rest.

Since reputation is awarded according to technical contributions and not to uniformity of judgment with the majority, as long as a user posts mostly sound content his views about moderation, judgment of other posts quality and the occasional slip-up of a bad question are essentially irrelevant to his/her reputation score.

Actually, I even think that there may be an inverse correlation between high reputation and "clean up obsession". For a Stack Overflow-reply-addict (like me and I imagine many other high-rep users), even a non-stellar question is valid if it enables a useful and interesting answer. I'll quote @Hans Passant's comment below:

solid technical advice lasts forever. It is not like SO users are not constantly reminded about that when they see the typical Q+A as the top hit at Google, lazy unresearched question paired with a fantastic answer.

If I see an interesting (interesting problem but badly expressed; lazily researched but enables an explanation of an important topic from a novel angle; ...), my priority is "get the question in a decent shape before the cops come to shut it down" and then down to writing a great answer.

Ultimately, a question is good enough for me if it provokes good answers - which is why it's particularly infuriating when the close/delete police arrives after the facts and kills good content just because the question isn't particularly high quality (doubly so when the close/delete comes from reviewers who know shit about the tag, and can just judge the question from its "aesthetic" qualities, without seeing the redeeming qualities hidden in a garbage vest).

Another example is the "common meta judgment" about old, now off topic questions (because Stack Overflow narrowed its scope); the "official stance" is "lock if it's too disruptive to delete it, delete otherwise". My stance, which I expect to be shared by many other who are more "content creators" than "content janitors", is "lock it and leave it alone"; who cares if now it's off topic, it is good technical content, don't let the time that knowledgeable people spent go to waste just to appease the collective meta OCD.

Disclaimer: these were just examples of some of my points of disagreement with the "official stance" on these topics; the point of my post is not to discuss them in particular, they are just an example of how, even being - or maybe, exactly because I am - a high rep user, I may value different things than OCD-level cleanup of the site.

All this to say: don't be surprised to find that high rep users don't necessarily agree with your or with the orthodox idea about questions quality and appropriate actions; as I said, these things don't influence reputation, and I even suspect that high rep users, who are more content creators and answer-addicted than content janitors, may place more value in producing interesting content (or saving existing content) than in weighting too much the inherent quality of the questions.

There seem to be several things you may be overlooking.

First, the fact that a user is an expert in one area doesn't mean they can't be a beginner in other areas. "Reputation" earned in one topic doesn't indicate expertise in another.

Secondly, just as the best composers know when to break the rules of music composition, high-reputation users may feel that they are more qualified than the average moderator to know what is the right thing to do in the interests of the user population as a whole or of an individual poster. You don't actually have to agree with the crowd (e.g. as to what constitutes an "opinion-based" question) in order to take part here. They may not even agree with what you consider to be the "guiding principles".

Thirdly, everyone has off days. Everyone occasionally makes technical mistakes. Those with high reputation generally have sufficient self-confidence that they don't mind occasionally being wrong, and being put right. They probably don't even care about the effect on their reputation.

I noticed something along these lines. A high-rep user created a decent question/answer--decent, no better. I pointed out some shortcomings. While one point was addressed and edited into the answer, the other point was criticized with blatantly incorrect response ("don't ever do that, because if you use the -f argument in the awk shebang, you remove the user's ability to pass flags to the script"). We were being perfectly civil, but he wouldn't elaborate or defend his claim. Instead deleted both of our comments. I didn't even know you could delete other people's comments. It seems like he's cultivating his image in a way that low rep users aren't allowed to do. It's a bit gross, like a politician that gets a newspaper to not run a story about him.

In the end, the answer was fine, but not quite as good as it could have been. 2/3 of the comments that said how the solution could be better were disappeared down the memory hole.

I assume there's no official policy on image cultivation when it's detrimental to answers? This seems kind of specific. People are always going to do this as far as they're allowed to, and it doesn't really hurt anyone, but it seems ugly to allow more efficient image cultivation for high-rep users in particular.

Not the answer you're looking for? Browse other questions tagged discussion reputation users question-quality .

96
What to do when a high rep user answers a low-quality, off-topic or duplicate question?
69
Why is "primarily opinion-based" a valid close reason on Meta?
7
Roomba delete questions closed very long time ago for off-topic reasons

164
Thwart publishing duplicate and low quality questions
231
Allow users to optionally filter out low-quality questions
79
Show current close votes to low-rep users who are considering answering a question and to the OP
35
How to take action against low quality non-English content?
5
How can I find all the self-answers available on Stack Overflow?
10
Is it okay for somebody to reopen duplicate questions regularly?