After my changes, the code block is formatted with 4 spaces, but validator says it's not: 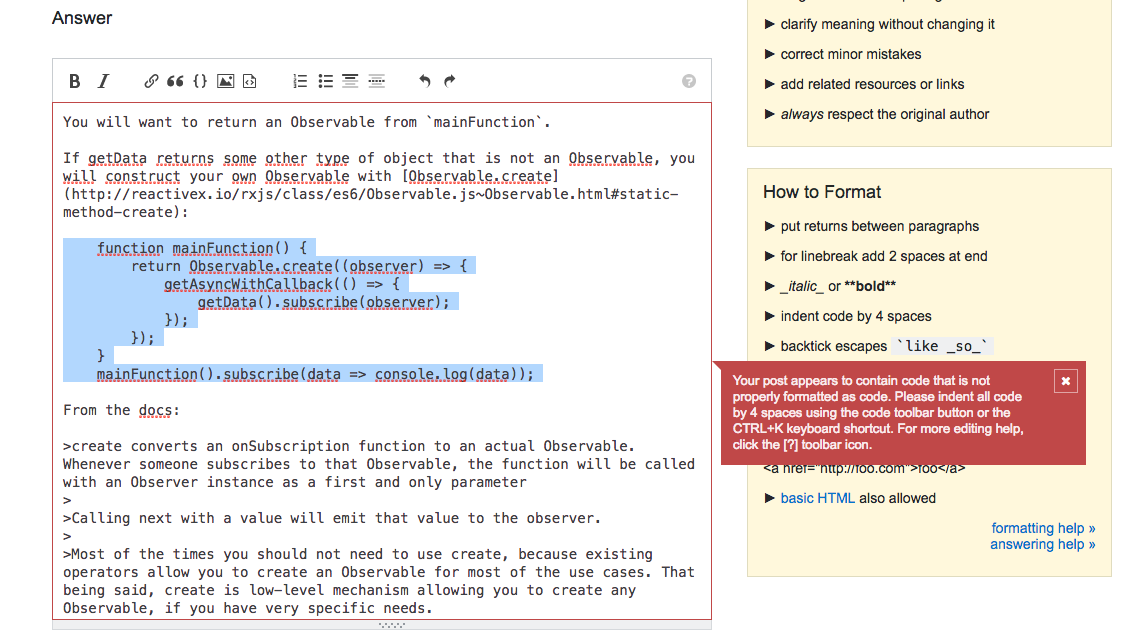 Also when I press ⌘+K it remove or add 4 spaces instead of formatting: 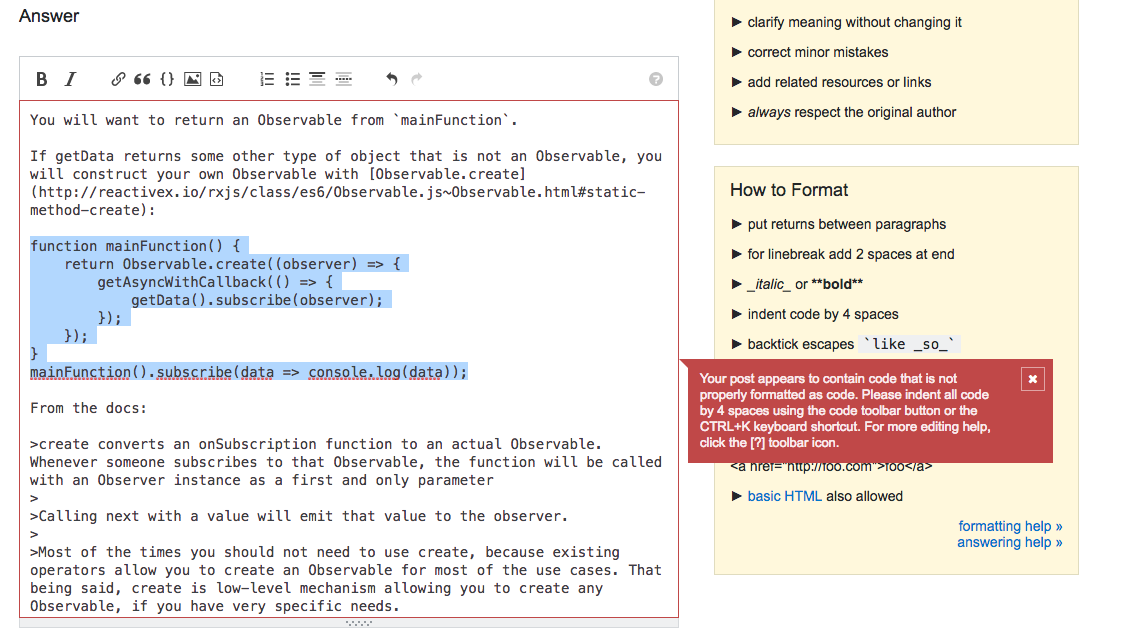 Because of this, I can't save my changes. Am I doing something wrong or this validator is broken?

my browser console is clear, there are no warnings and no errors

Just asked my friend with ~4K rep to edit this - he got no errors. But when he opened it in Incognito browser tab - got the same error.

So is this a bug or a "privilege". If the second then there is a problem with the error message (it is incorrect)?

Yes, I can definitely reproduce this as an anonymous user trying to suggest an edit. I get the same error message about there being code that isn't properly formatted as code.

It has nothing to do with the actual code block, and removing that entirely still doesn't fix the problem. The weird tilde character in the links isn't the source of the confusion, either. Nor were there any hidden characters lurking in there, contrary to my initial suspicions.

I narrowed the problem down to the blockquote. If you add a space after the > the first two places where it appears, then the error is avoided. In other words:

If you just add a space after the first >, that isn't enough; the edit still gets rejected.

Capitalizing the "c" in "create" doesn't have any effect. Apparently you need spaces. This is weird, because I don't remember that ever being a problem before. The markdown spec certainly doesn't call for whitespace here.

There is almost certainly a bug in the heuristic that detects "code".

(Said heuristic originated from this Software Engineering question, asked by Jeff Atwood, but the actual implementation used by the Stack Overflow engine is not public, as far as I know.)

1
Is it possible to add markup tags to a block quote?
3
Cannot update profile for Stack Overflow
136
My Hats disappeared!
8
Different code display on mobile Safari and desktop Chrome?
26
Why are posts edited to change the code formatting markers?