How has the "No longer needed" comment flag affected moderators? 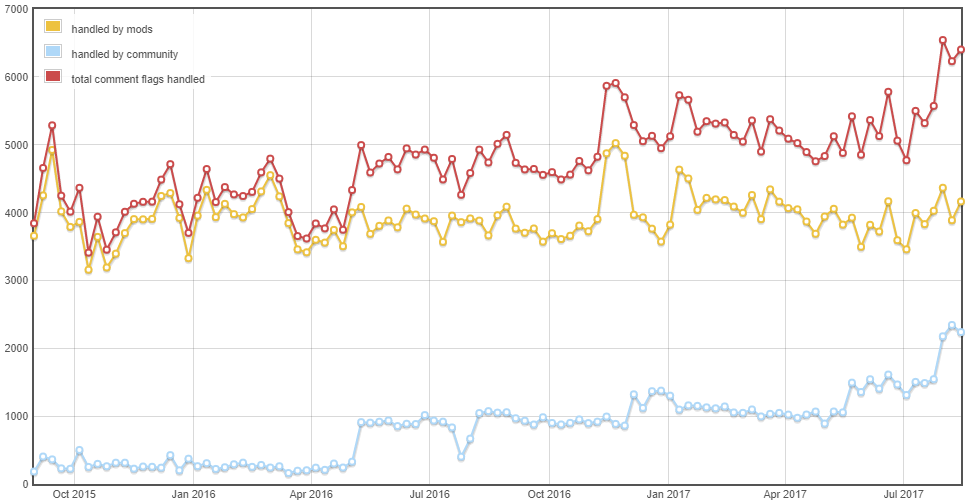 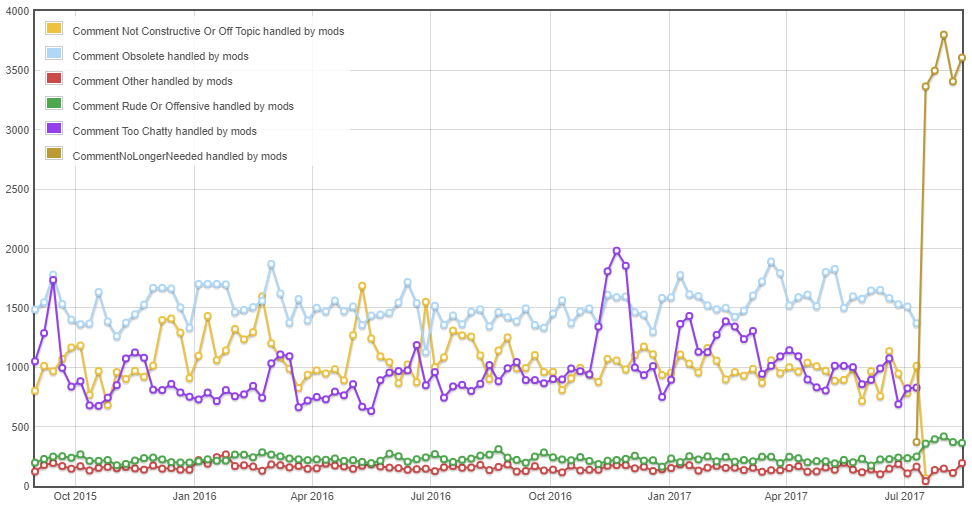 207
Should moderators run automated bots under their accounts?
113
Let's get aligned on how spam flags can be used
45
Can we allow experienced comment flaggers to handle "no longer needed" themselves?
24
When do "No longer needed" flags get resolved instantly?
20
Why are the comment flags taking longer to be handled after the union?