Please Note: I've blurred out the wording within the images as these snapshots are taken from the new Mentor Experiment.

I've noticed while using the chat, as a chat begins to receive a lot of 'starred' posts it begins to push the Enable Desktop Notifications button out of view as well as other starred posts, these then become unreachable via scrolling.

So on first view: 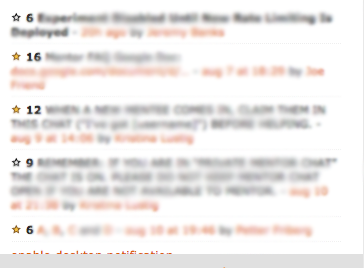 You can see that half of the Enable Desktop Notifications button is hidden behind the footer.

Then if I click on show more to view more starred posts it will push the starred posts as well as the Enable Desktop Notifications button behind the sticky footer: 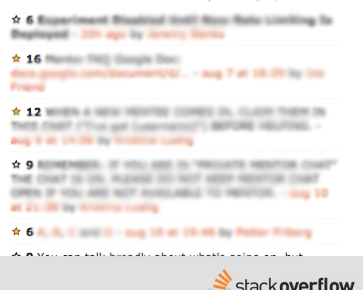 It is not until I then click show only top 4 that the view will actually go back to what it is supposed to look like: 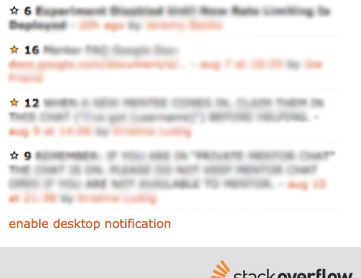