What percent of Meta feature requests are read or seriously considered?

Very related (but also not identical since I'm not just asking about the review process): How are feature requests processed and discussed with the SE development and product design staff?

Do these statistics change much if you include deleted posts? For example, I had a minor feature request (for promoting a post to FAQ status) be complete. A moderator marked it as [status-complete] and closed and deleted it as no longer reproducible. Granted, keeping it around wouldn't have been all that useful to future readers, so I'm not objecting to the fact that it was deleted, but if that happens often it would obviously skew the ratio of feature requests that are responded to.

That being the case, what happens to the other 87.9% of feature requests that don't get an official response? Are these "slipping through the cracks" somehow and just being ignored? (Allegedly not, but there's currently not a good way to know what percent are actually read beyond whether they're tagged or not). Does a staff member actually read high-scoring posts? What determines which feature requests will receive a response and which ones won't?

We don't know for sure, but many employees read all the meta posts related to the projects they are working on. The best way to get your feature request in front of the person who can make it happen is to use appropriate tags. Lack of response does not mean that nobody in the company read your post. (But it is discouraging and we'd like to do better giving feedback.) Votes matter to the degree we are more likely to consider popular features that have been vetted by the community than features without much voting. Bounties are usually a waste of time and sweet, sweet meta reputation.

As the community has grown and as the company has grown, communication has gotten harder. And the problems are not going to get any easier. I personally hate that so many features and bug requests get proposed with hope and an earnest desire to help out only to be ignored. Meta is starting to feel like this wall: 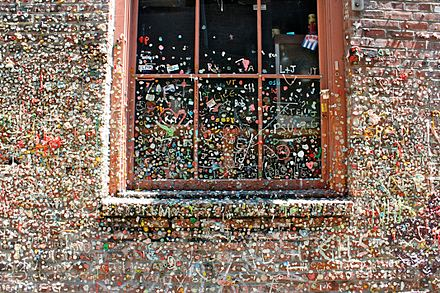 I think the only way we can scale up this system is to empower every employee to feel free to respond on meta. But that's incredibly daunting for people who weren't already part of the Meta community when they were hired. To get an idea of what I mean, here's an excerpt from an answer I wrote on our internal Q&A site:

Meta is a unique culture with its own customs, tradition and taboos. Like any foreign country, most people want to help you get acclimated as long as you show some interest in learning. So the first thing to understand is that there are many metas and each is a subculture of the site it's attached to. So Meta Stack Overflow consists of the people most interested in how Stack Overflow itself functions and Meta Stack Exchange attracts people interested in the entire network. Each site on the network has its own meta site that reflects both the network-wide tradition of meta and its own individual quirks.

As every traveller knows, it's one thing to read about a foreign country and it's another thing altogether to be there. Add to that the difficulty of being thrust into the spotlight (since so many employees' first interactions on meta are announcing something) and you can get an idea of how much some employees dread interacting with y'all. I mean, it's no excuse for us ignoring good ideas, but it does help explain the situation a bit.

And, of course, we've been developing a nasty habit of working on whatever we are doing without consulting you all as often and as honestly as we should. That's shortsighted. One result I've noticed is that when we do open up, folks sometimes wonder about some hidden agenda. Worse, we cut ourselves off from a primary source of user feedback.

Over time, our approach to [status-*] tags has changed. When Meta was young, employees tended to make snap decisions about which bucket things belonged in. So if a feature was not likely to happen in the next $period_of_time, it'd get a quick status-declined. This cleared the post from lists of outstanding questions to address, but didn't necessarily imply the feature itself was seriously considered. It was pretty obvious the employee had read the post, but there was no way to know how far beyond reading the consideration had gone. (For all I know, each one was brought up and discussed with the entire engineering team.)

By the time I was hired, the situation was reversed. Feature requests are generally left untagged until they are seriously considered. I don't know exactly why that is, but one reason might that the company had grown and with more people comes greater diffusion of responsibility. If I decline a feature, it might prevent someone else from seeing it. Unless I'm certain the feature can't be implemented, I don't want to prevent someone else from considering it.

But it's more than that. While working with the Documentation team, I had full responsibility over the documentation tag and I still didn't mark things quickly. Just about every Friday I met with our PM, Vasudha, to talk about meta questions tagged documentation. Even though we had full responsibility over which features we would consider, we didn't immediately tag things in that meeting. Many weeks, we'd go over the same meta posts several weeks in a row before addressing them.

To understand why we didn't just make an official response to show we'd read each post, you'll need to first get an idea of how the suggestions might be classified:

#1 is easy: Just let the OP know we're working on it and let the developers and designers do what they do so well. Except sometimes I underestimate the complexity of a feature. So it always makes more sense for me to talk with the people who need to make the change before I commit to it. Once I know the answer, whether the feature can be built, I leave an answer and use the appropriate status tag.

For #2, I like to explain why feature isn't on the right track so that the OP can rethink it or help me understand the error of my ways. That's kinda a lot of work, but I find it immensely valuable to thinking through our systems. Slapping a status tag means I'll never come back to do that work. Leaving the tag off means I might get to it later.

#3 is frustrating. Like #1, I tend to bring these up with the team and figure out what the best response is. That takes time and to fully explain the reason we aren't doing it, I have to explain our priority list. The DAG team is making this a lot easier by setting priorities in public. But it still can be hard to explain that we can't fix something simple because it'll break a bunch of code and that the person who knows this stuff best is on vacation. (And when they do get back, it turns out the fix isn't as simple as the rest of us thought.)

Ultimately, it's #4 that caused me to hesitate most often. I get the feeling that some folks assume that when we see an idea that has tons of upvotes, the right thing to do is just implement it. And if we disagree that the idea is the right thing to do, we should just suck it up and do the will of meta or something. I guess the theory is we'd be using the wisdom of the crowds to build out the system. But meta voting routinely fails every single criteria of a wise crowd. As a moderator, I had to learn to be careful with consensus and that goes double as an employee.

The really insidious problem with #4 is that we sometimes change our minds. (I know, right?) This is a good reason to not delete or give up on old feature requests. You never know when some forgotten idea will become relevant again.

This is from MSO only...

Questions that have been (soft1) deleted:

I clicked on most questions on the first page of (most recent) results, and most of the questions seemed to get deleted shortly after posting by the OP, after a few initial downvotes. Many of the older questions were deleted by RemoveDeadQuestions.

1: I doubt there will be many which have been hard deleted, and I can't see them anyway.

107
Help set Q&A (TeamDAG) product development priorities
55
Meet Team DAG! (Developer Affinity & Growth)
99
Are any major improvements planned for the core Q&A engine? Is there any point in contributing relevant suggestions?
139
Reduce the number of votes required to close a question to 4
26
How do I reorder examples on Documentation?
39
How are feature requests processed and discussed with the SE development and product design staff?
29
Can we improve the display for comment flags in the flag history page?
4
Edit rejections conflicting with previous edits should not be reflected in a user's "rejected edits" statistics

37
What percent of users visit meta sites?
18
Should Meta questions tagged with status-completed be closed as "not reproducible"?
39
How are feature requests processed and discussed with the SE development and product design staff?
15
What determines what tags will get a popup with usage guidance?
117
feature-requests are being looked at!