Importing GitHub repositories I contribute to

I want to display my contributions to the Dolphin Emulator on my Developer Profile. However, the GitHub Importer only allows me to add repositories I have created.

Can an option be added for importing GitHub projects we have contributed to?

I realized just after posting that this is a feature request. In case this isn't implemented, here's what you can do as a workaround.

At some point in an earlier version of the Developer Story, you could automatically import any repo you had commits on. This feature is no longer available, and you need to add the repo manually: 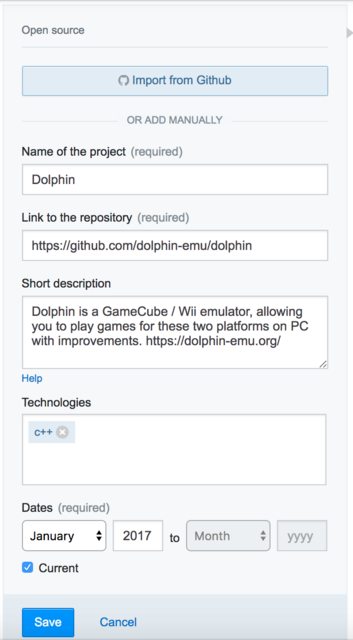 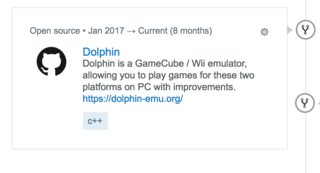 Of course, this doesn't actually verify that your linked GitHub account actually has commits on the repo. I was able to add Dolphin even though I am not a contributor. I've deleted the entry from my story after testing.

These manually created open source contributions appear exactly the same as the ones automatically imported from GitHub.

2
Importing beta developer story back to SO careers
7
Import activity from GitHub
28
GitHub usernames "can't end with a hyphen"... but mine does
178
Why do we have only GitHub and Twitter in developer story?
3
When should Open Source and Milestone items in the profile be used?